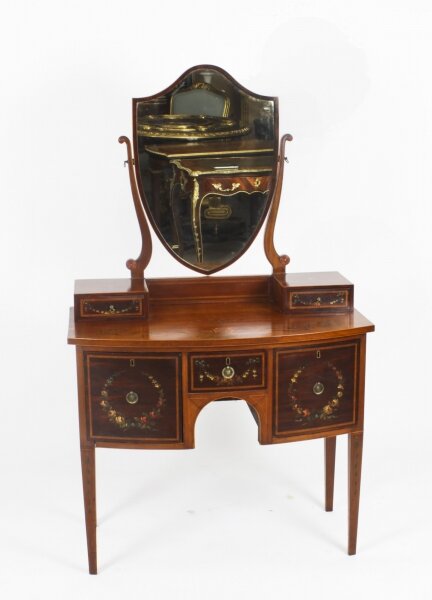 Ref: A2638
Price: £2,150.00
This is a totally fabulous antique late Victorian hand painted dressing table, Circa 1880 in date. The mahogany dressing...
Question about item
Request a virtual viewing

This is a totally fabulous antique late Victorian hand painted dressing table, Circa 1880 in date.

It has a shield shaped adjustable mirror on a shaped top with two small drawers over three drawers and a shaped knee hole and it is raised on square tapering legs.

There is no mistaking its superb quality and fantastic design, which alone is certain to make this set a talking point in your home and become a treasured addition to the furniture in your bedroom. 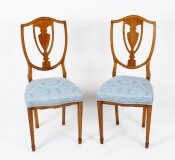