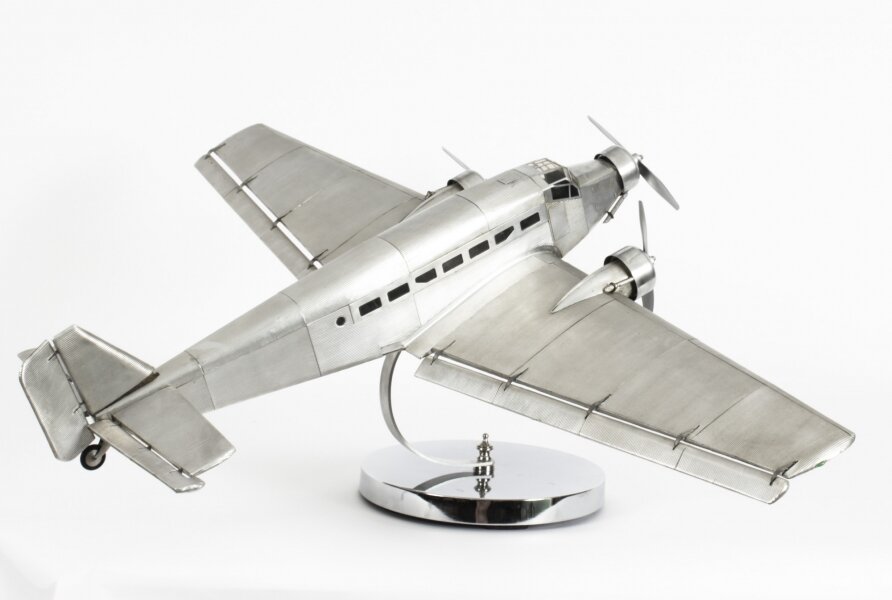 Ref: A2177
Price: £675.00
This is a fabulous  vintage large scale model on stand of a Junkers Ju 52 model aircraft, dating from the mid  20th century....
Question about item
Request a virtual viewing

This is a fabulous  vintage large scale model on stand of a Junkers Ju 52 model aircraft, dating from the mid  20th century.


This superb model has a wingspan of 99 cm, and features a scaled corrugated duralumin metal skin with glass windows, three propellers and three rubber wheels. It is raised on a curved stand on a round weighted base.


Add this wonderful plane to your collection.

The Junkers Ju 52/3m (nicknamed Tante Ju ("Aunt Ju") and Iron Annie) is a transport aircraft that was designed and manufactured by German aviation company Junkers.

Development of the Ju 52 commenced during 1930, headed by German aeronautical engineer Ernst Zindel. The aircraft's design incorporated a corrugated duralumin metal skin as a strengthening measure, which was very unusual at the time. The Ju 52's maiden flight was performed on 13 October 1930. It was initially designed with a single engine, however, it was produced in quantity as a trimotor. The primary early production model, the Ju 52/3m, was principally operated as a 17-seat airliner or utility transport aircraft by various civil operators during the 1930s. Following the rise of Nazi Germany, thousands of Ju 52s were procured as a staple military transport of the nation. The Ju 52/3mg7e was the principal production model.

The Ju 52 was in production between 1931 and 1952. In a civilian role, it flew with over 12 airlines, including Swissair and Deutsche Luft Hansa, as both a passenger carrier and a freight hauler. In a military role, large numbers flew with the Luftwaffe, being deployed on virtually all fronts of the Second World War as a troop and cargo transport; it was also briefly used as a medium bomber. Additionally, the type was deployed by other nation's militaries in conflicts such as the Spanish Civil War, the Chaco War, and the Portuguese Colonial War. During the postwar era, the Ju 52 had a lengthy service life with numerous military and civilian operators; large numbers were still in use by the 1980s. Even in the 21st century, several aircraft have remained operational, typically used for purposes such as heritage aviation displays and aerial sightseeing. 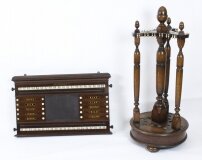