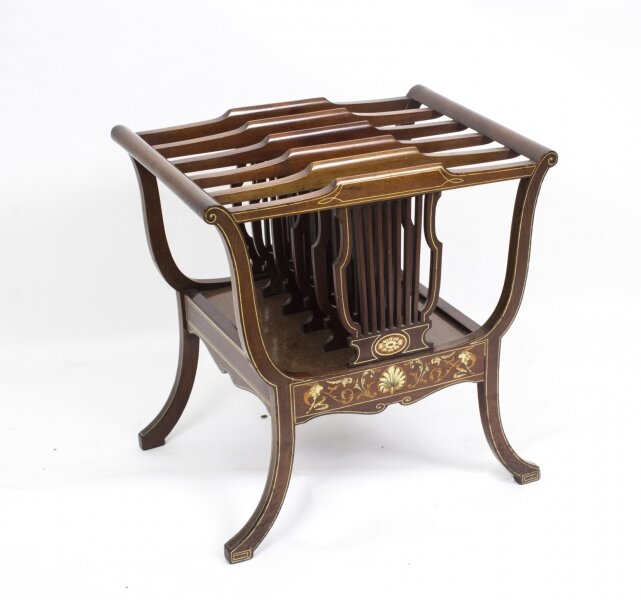 Ref: A1554
Price: £1,500.00
This is a gorgeous antique Edwardian mahogany Canterbury of lyre form with fabulous inlaid decoration, circa 1890 in date.  ...
Question about item
Request a virtual viewing

This is a gorgeous antique Edwardian mahogany Canterbury of lyre form with fabulous inlaid decoration, circa 1890 in date.

It is beautifully oultined with stringing and scrolling foliate motifs, has five lyre shaped divisions and stands on elegant splayed legs.

There is no mistaking its quality and unique design, which is certain to add a special something to your home, wherever you choose to place it.

Canterbury is a piece of portable, occasional furniture, consisting of an open-topped rack with slatted compartments for sheet music, music books, magazines or newspapers and often a drawer underneath as well; rests on four legs, which are typically on casters.

It was developed in the 1780s in England (reputedly deriving its name from the Archbishop of Canterbury, who commissioned one), it grew increasingly ornate throughout the 19th century: Victorian pieces often have an upper galleried shelf, and panels shaped like lyres or treble clefs. 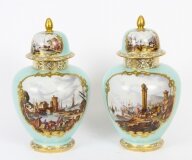