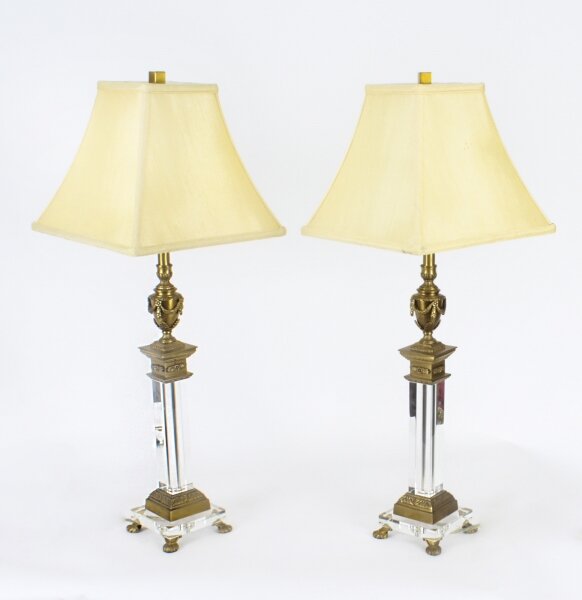 This is an impressive vintage pair of ormolu and glass classical corinthian column & urn table lamp, circa Mid 20th Century in date.


Each lamp features a classical urn capital with swags, above a square shaped Corinthian column decorated with greek key above a glass shaft which is raised on an ormolu and glass square stepped base with paw feet.


Add an element of pure luxury to your home with superb this  vintage pair of table lamps. 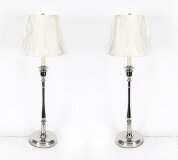