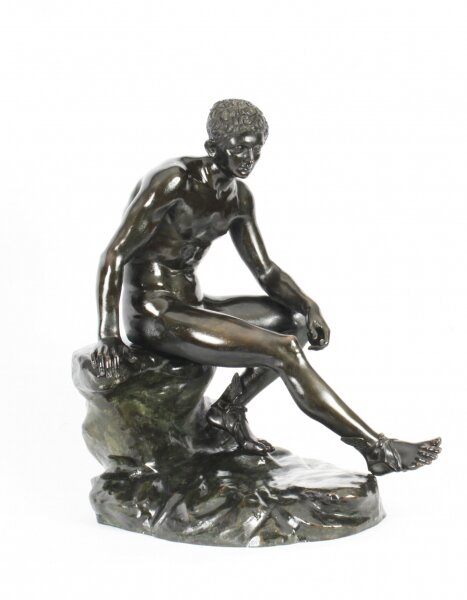 Ref: A1967
Price: £4,550.00
This is a mounumental and beautifully detailed antique Italian bronze sculpture of Hermes, dating from Circa 1880, and bearing...
Question about item
Request a virtual viewing

This is a mounumental and beautifully detailed antique Italian bronze sculpture of Hermes, dating from Circa 1880, and bearing the signature of the renowned foundry,  Chiurazzi & Fils, Naples, Italy.

Mercury is cast after the original held at the Museo Nazionale in Naples
and is depicted naked seated on a naturalistic rock base, his heels are winged allowing the God to fly through the air and deliver messages to the Olympian Gods.  It is inscribed on the base  Chiurazzi Napoli and weighs an amazing 18kgs, approx 40 lbs.

The attention to detail here is remarkable and this large bronze is sure to receive the maximum amount of attention wherever it is placed.

Wormington Grange, see the sculpture in situ in the great hall against the back wall next to the column.

is a Grade II  listed country house in the civil parish of Stanton, Gloucestershire, England. It lies a mile south of the village of Wormington. Although the lodge is of Tudor origins, the main house was constructed in the 1770s for Nathaniel Jeffreys.

He was also the personal agent and herald of Zeus, the king of the gods. Hermes was depicted as either a handsome and athletic, beardless youth, or as an older bearded man. His attributes included the herald's wand or kerykeion (Latin caduceus), winged boots, and sometimes a winged travelers cap and chlamys cloak.  He was known as Mercury to the Romans. 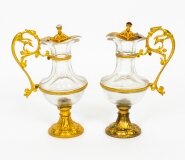