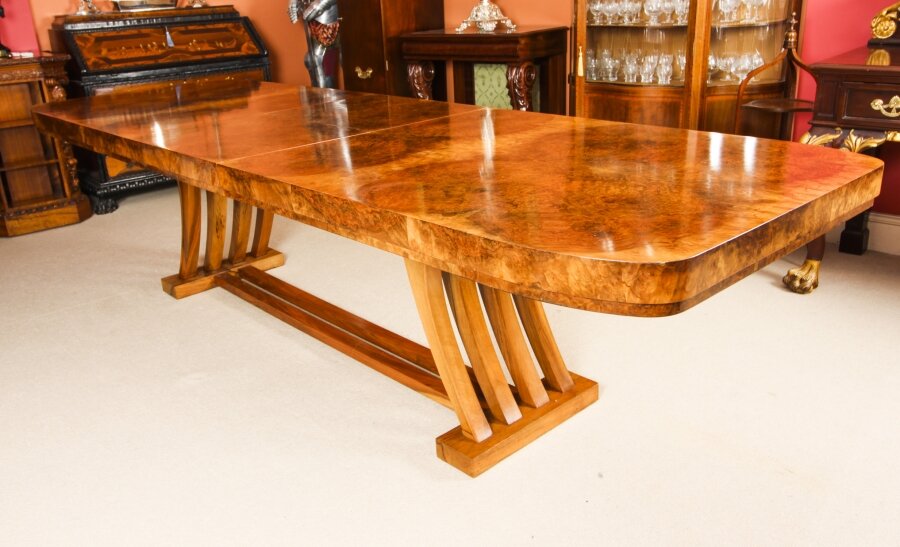 This is a beautiful and rare large antique Art Deco dining table designed by Salaman Hille, for Hille & Co. Ltd., Circa 1920 in date.

Crafted in burr walnut with a shaped multiple strut base the table has a leaf that folds away when not required and can comfortably seat twelve people.

With rounded corners this superb antique dining table has been French polished to bring out the full beauty of the burr walnut grain.

It is very rare to find a superb antique Art Deco dining table of this size. 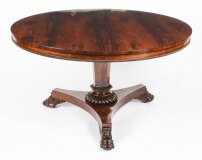