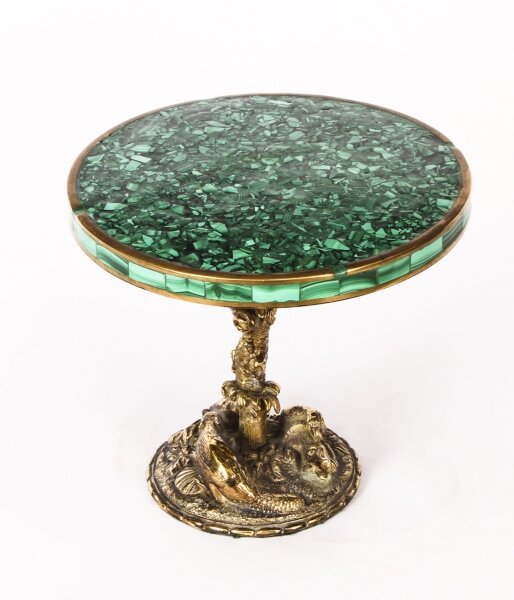 A French ormolu and malachite miniature table Circa 1880 in date.

The miniature table with circular malachite top and border, the ormolu base cast in the Naturalist manner with a monkey climbing a tree, above a 'Palissy-esque' arrangement of crocodile, snake, turtle and beaver.

Condition:
In excellent condition with only minor signs of wear commensurate with age and use, please see photos for confirmation.