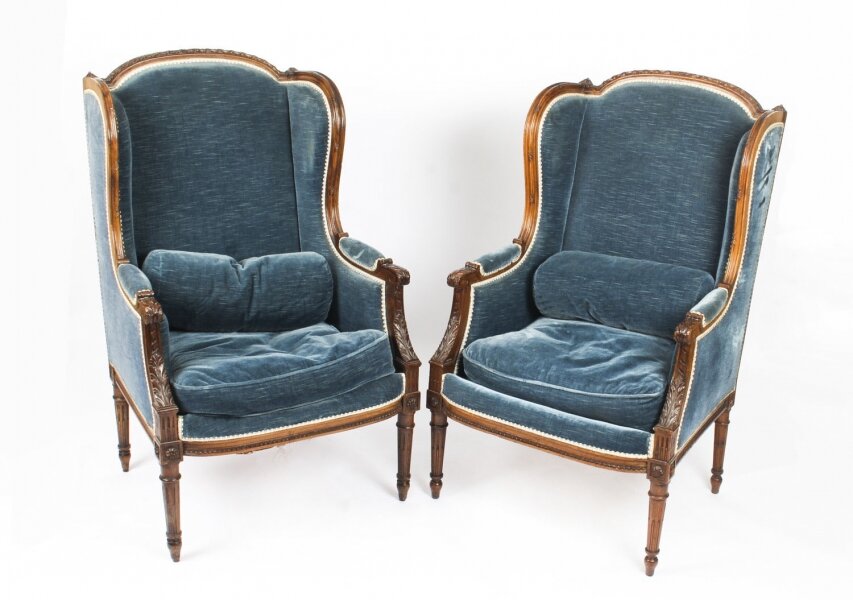 This is an elegant antique pair of mahogany Louis revival wingback armchairs, circa 1880 in date.

The mahogany is beautiful in colour and features skilfully carved acanthus leaf decoration.  They are upholstered in sapphire blue velvet with cushions and are raised on raised on reeded tapering legs.

Add an elegant touch to your home with this exceptional pair of antique armchairs. 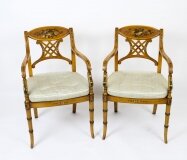