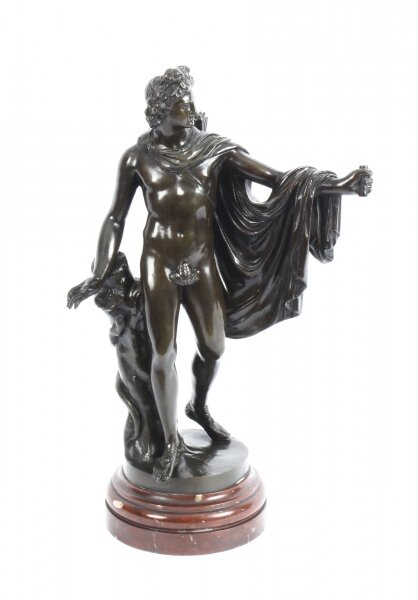 Ref: 09810
Price: £2,250.00
This is a truly magnificent antique Victorian bronze sculpture of the famous Greek God Apollo, circa 1860 in date.   ...
Question about item
Request a virtual viewing

This is a truly magnificent antique Victorian bronze sculpture of the famous Greek God Apollo, circa 1860 in date.
This stunning bronze sculpture features Apollo in classical pose after the celebrated marble sculpture of Apollo Belvedere. The nude figure is standing tall with his right arm resting on a tree and his left arm is outstretched.
Slung over Apollo’s shoulders is his quiver held in place by a strap. As exactly in the original Apollo Belvedere, the God here appears in magnificent form and physique, and he is shown just moments after releasing his arrow. Apollo stands “contrapposto”, with one leg remaining rigid while the other is relaxed.
It stands on a beautiful rouge marble plinth and the base is engraved 'Musee Du Vatican'.
This high-quality hot cast solid bronze was produced using the traditional "lost wax" process, otherwise known as the "cire perdue" method.
This is a splendid antique bronze sculpture and it will no doubt become the centrepiece of your collection.
The attention to detail here is remarkable and this bronze is sure to receive the maximum amount of attention wherever it is placed.
The pedestal shown in the photographs is not included in the price but can be purchased if required.

Apollo has been variously recognised as a god of light and the sun, truth prophecy, healing, music, poetry, and more. Apollo is the son of Zeus and Leto and has a twin sister, the huntress - Artemis. Apart from his heroic courage dashingly handsome Apollo was also known for number of love affairs with both nymphs and mortal women.

The Apollo Belvedere (also called the Pythian Apollo or Apollo of the Belvedere) is a celebrated marble sculpture from Classical Antiquity.

The Apollo is now thought to be an original Roman re-creation of Hadrianic date (ca. 120–140). The distinctively Roman foot-wear is one reason scholars believe it is not a copy of an original Greek statue. It was rediscovered in central Italy in the late 15th century during the Italian Renaissance and was placed on semi-public display in the Vatican Palace in 1511, where it remains. It is now in the Cortile del Belvedere of the Pio-Clementine Museum of the Vatican Museums complex.

From the mid-18th century, it was considered the greatest ancient sculpture by ardent neoclassicists, and for centuries it epitomized the ideals of aesthetic perfection for Europeans and westernized parts of the world.

Contrapposto is an Italian term that means counterpoise. It is used in the visual arts to describe a human figure standing with most of its weight on one foot so that its shoulders and arms twist off-axis from the hips and legs in the axial plane. 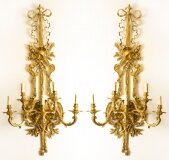 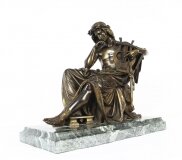