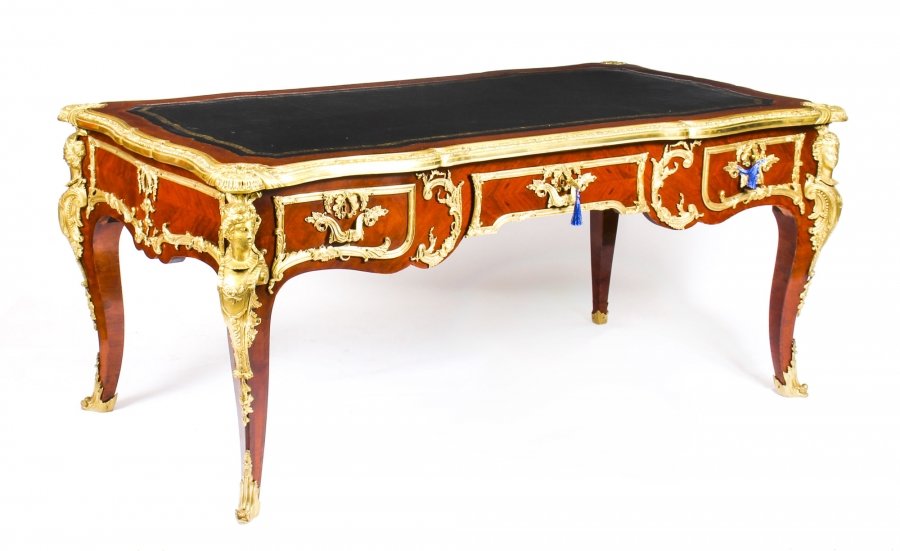 Ref: 09791
Price: £8,500.00
This is a gorgeous antique French ormolu mounted Louis Revival kingwood bureau plat, circa 1880 in date. The beautifully...
Question about item

This is a gorgeous antique French ormolu mounted Louis Revival kingwood bureau plat, circa 1880 in date.

It has three useful frieze drawers on one side with dummy drawers on the other.  It is raised on four elegant cabriole legs applied with stunning gilded ormolu female caryatids and terminating in splendid ormolu sabot feet.

It has fabulous ormolu handles and mounts, working locks, original key and three capacious drawers for all of your storage needs.

Being finished on all sides it can stand freely in the middle of a room, making it extremely suitable for a large home or office.

This is a truly lovely piece which will display beautifully in a modern or antique interior.

In excellent condition having been beautifully cleaned, polished, waxed and releathered in our workshops, please see photos for confirmation.


Ormolu (from French 'or moulu', signifying ground or pounded gold) is an 18th-century English term for applying finely ground, high-carat gold in a mercury amalgam to an object of bronze.The mercury is driven off in a kiln leaving behind a gold-coloured veneer known as 'gilt bronze'. 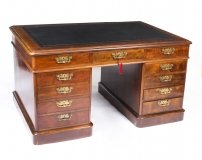 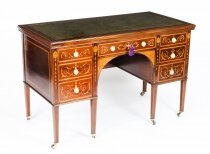 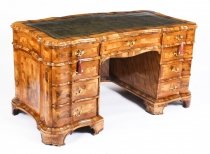