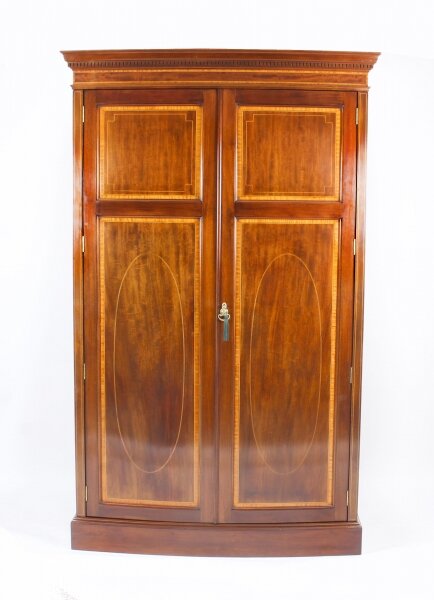 This is an impressive antique English Victorian Sheraton style mahogany wardrobe by the world-famous British furniture maker, Maple & Co., circa 1890 in date.


The doors open to reveal a capacious space with full length hanging section, with brass rail, hooks and a useful shelf.


It is raised on a splendid plinth base and is complete with its original brass handle, working lock and key.


The inside of the wardrobe bears the manufacturer's ivorine label plaque, 'From Maple & Co. Limited London & Paris.'


It is a truly beautiful wardrobe with handsome proportions, amazingly undisturbed patina and it is also very spacious.

In excellent condition having been beautifully cleaned polished and waxed in our workshops, please see photos for confirmation.