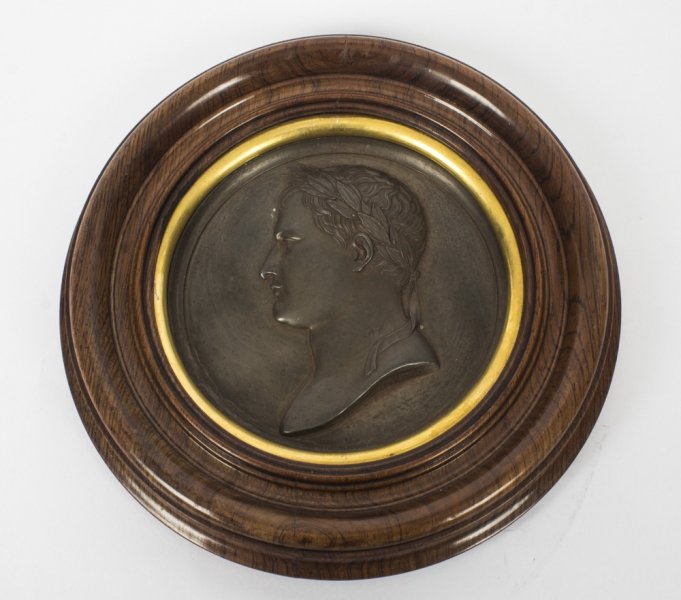 This is a fine 1st Empire bronze plaque of Napoleon Bonaparte, signed on the border Andrieu. F and dating from the late 18 century.

The relief bust profile is of a young Napoleon wearing a classic laurel wreath symbolising honour and victory and set in a solid walnut frame with an inset ormolu border.

The attention to detail is absolutely fantastic and this plaque, set in an attractive frame, is extremely lifelike.

In 1799, after the French Revolution had quieted into the Thermidorean Reaction, a brilliant general named Napoleon Bonaparte overthrew the Directory and came into power as leader of the Consulate, beginning in 1799. Under Napoleon, France became a nationalist power, expanding its territory into Italy and exerting its influence over other powers. Napoleon consolidated his rule by suppressing rebellions in France, normalizing relations with the Church in the Concordat of 1801, and streamlining the French law system in the Napoleonic Code. By 1804, Napoleon was so powerful that he declared himself Emperor.

Defeating the various military coalitions the other powers of Europe threw against him, Napoleon won battle after battle: Marengo (1800), Austerlitz (1805), Jena-Auerstadt, and Friedland (1807). He built a vast empire of dependant states, forced Czar Alexander I to ally with him in the 1807 Treaty of Tilsit, and controlled the majority of Europe. Everywhere he went he spread the reforms and influence of the French Revolution to a remarkable extent. Just about the only blemish on his record during the first decade of the 19th century was a stunning naval loss to Britain at the Battle of Trafalgar
Seeking to undermine Britain's sea power, Napoleon issued the Berlin Decree in 1806, imposing the Continental System on Europe, which was meant to stop European countries from trading with Britain. Instead of hurting Britain, the Continental System hurt Napoleon. Upset by Napoleonic rule, Germanic nationalism got its start, and the Germans began to move towards Romanticism as an intellectual rebellion against French Enlightenment ideas. In Spain, the attempt to impose the Continental System led to the Peninsular War, a protracted guerrilla war that diverted French forces from the rest of Europe.

In 1810, Napoleon replaced his wife, Josephine, who had borne him no heir, with a younger wife, Marie Louise of Austria. They produced an heir, referred to as The King of Rome. Napoleon's happiness did not last, however, because at the end of 1810, Alexander I withdrew Russia from the Continental System. In 1812, Napoleon moved his Grand Army into Russia. Though Napoleons army pushed the Russians into constant retreat, the terrible Russian winter decimated Napoleon's Grand Army. Napoleon rushed home to raise a new army, but was defeated in October 1813 by an international coalition of armies at the Battle of Leipzig.

In 1814, Napoleon was exiled to the island of Elba and Louis XVIII took the throne of France, returning a Bourbon to the throne that had been lost by Louis XVI just twenty years earlier. As the powers were just starting to negotiate a settlement, Napoleon escaped from Elba and returned to France, raising an army during the period known as the Hundred Days. Napoleon's army was defeated by Wellington (Britain) and Blucher (Prussia) at Waterloo in June 1815. He was then exiled to Saint Helena in the South Atlantic, where he eventually died.

The chaotic Europe left behind by roughly two decades of war was reorganized by the Congress of Vienna (1814-1815). The major powers sent their top negotiators: Metternich (Austria), Castlereagh (Britain), Alexander I (Russia), Hardenberg (Prussia), and Talleyrand (France). The complex and delicate negotiations in Vienna created a stable Europe wherein no one power could dominate the others, as Napoleon's France had, for quite some time. Not until a century later, when World War I started in 1914, would another Europe-wide military conflict break out

Lost WaxMethod
sometimes called by the French name of cire perdue or the Latin, cera perduta is the process by which a bronze or brass is cast from an artists sculpture. In industrial uses, the modern process is called investment casting. An ancient practice, the process today varies from foundry to foundry, but the steps which are usually used in casting small bronze sculptures in a modern bronze foundry are generally quite standardised.


Alfred Boucher (1850 – 1934), French sculptor, mentor to Camille Claudel and friend of Auguste Rodin. Born in Bouy-sur-Ovin (Nogent-sur-Seine), he was the son of a farmhand who became the gardener of the sculptor Joseph-Marius Ramus, who, after recognizing Boucher's talent, opened his studio to him.

He won the Grand Prix du Salon in 1881 with "La Piété Filiale." He then moved to Florence for a long period and was a favourite sculptor of presidents and royals such as George I of Greece and Maria-Pia of Romania.

He provided inspiration and encouragement to the next generation of sculptors such as Laure Coutan and Camille Claudel. The latter was depicted in "Camille Claudel lisant" by Boucher and later she herself sculpted a bust of her mentor. Before moving to Florence and after having taught Claudel and others for over three years, Boucher asked Auguste Rodin to take over the instruction of his pupils. This is how Auguste Rodin and Claudel met and their tumultuous and passionate relationship started.

Ever generous and philanthropic, he founded the studio La Ruche in Montparnasse in 1902 to help young artists. He received the Grand Prix de sculpture de l'Exposition Universelle in 1900. 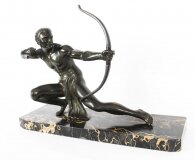 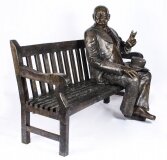