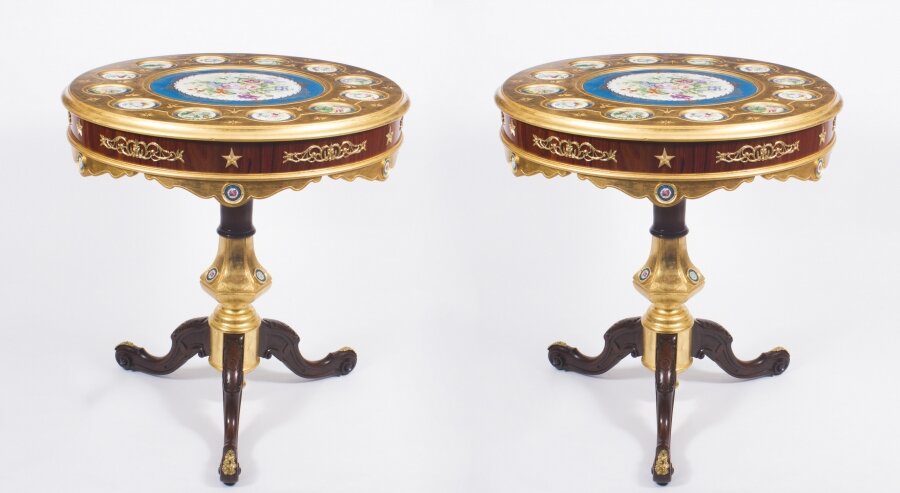 Ref: 08601
Price: £15,800.00
This is an exquisite pair of ormolu and Sevres style porcelain occasional tables in the fabulous Louis XVI manner dating from...
Question about item
Request a virtual viewing

This is an exquisite pair of ormolu and Sevres style porcelain occasional tables in the fabulous Louis XVI manner dating from the late 20th century.

The circular gilded tops are each inset with a large central Sevre style porcelain plaque, surrounded by twelve smaller hand-painted circular plaques depicting bouquets of flowers and classical maidens on a bleu celeste ground. The top is supported on its hand-carved giltwood and walnut base.


It is a very decorative pair which will enhance any interior.