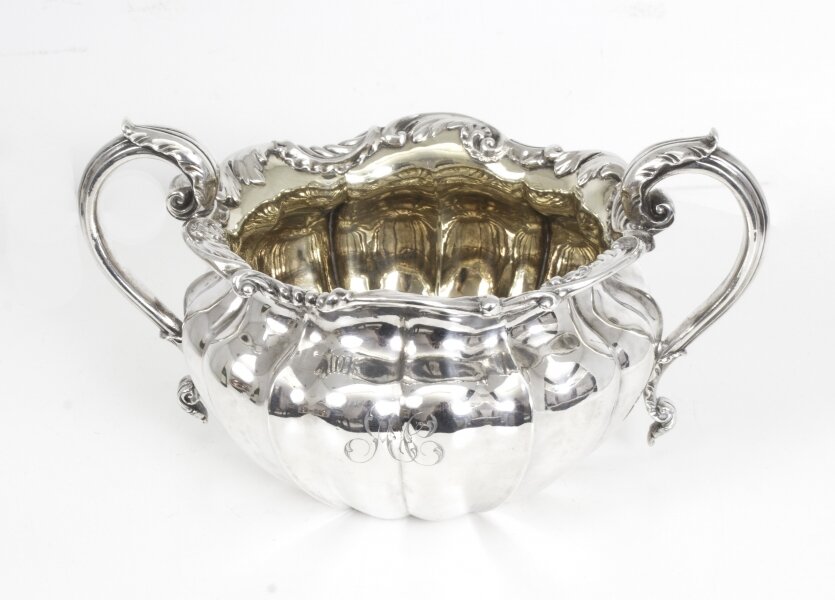 It bears hallmarks for London 1830 and the makers mark of Paul Storr.

It is beautifully made in sterling silver, the melon-shaped body with a monogram, decorative scrolling leaf rim, leaf-capped scroll handles, the original gilt interior, and it is a fine example of his work 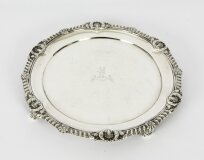 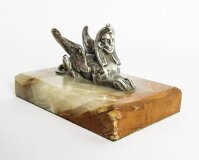 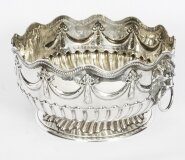 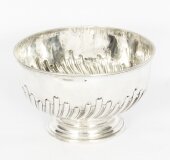