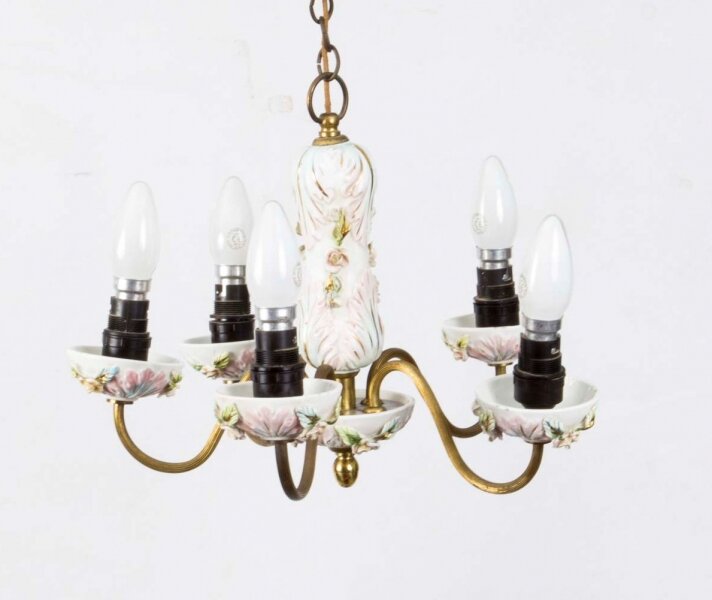 Ref: 06776
Price: £425.00
This is a beautiful vintage porcelain and brass brass four light chandelier decorated with garlands of flowers, in Dresden style ...
Question about item

This is a beautiful vintage porcelain and brass brass four light chandelier decorated with garlands of flowers, in Dresden style and dating from the mid 20th Century.

I bought this from the hallway of a large 1920s house set behind a gated entrance in Eastbourne.

Add a touch of class to your home with this beautiful decorative chandelier.

Excellent - as it has been dismantled and cleaned.

The earliest candle chandeliers were used by the wealthy in medieval times.


Art Nouveau -
style of art, architecture and applied art—especially the decorative arts—that was most popular during 1890–1910. English uses the French name Art nouveau ("new art"), but the style has many different names in other countries. Art Nouveau is also known as Jugendstil in Germany, as Modern (Модерн) in Russia, as Modernisme in Catalonia (Spain), as Secession in Austria-Hungary and as Stile Liberty in Italy. The style was most popular in Europe, but its influence was global.

As a reaction to academic art of the 19th century, it was inspired by natural forms and structures, not only in flowers and plants, but also in curved lines. Architects tried to harmonize with the natural environment.

It is considered a "total" art style, embracing architecture, graphic art, interior design, and most of the decorative arts including jewellery, furniture, textiles, household silver and other utensils and lighting, as well as the fine arts. According to the philosophy of the style, art should be a way of life. For many well-off Europeans, it was possible to live in an art nouveau-inspired house with art nouveau furniture, silverware, fabrics, ceramics including tableware, jewellery, cigarette cases, etc. Artists desired to combine the fine arts and applied arts, even for utilitarian objects. 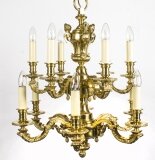