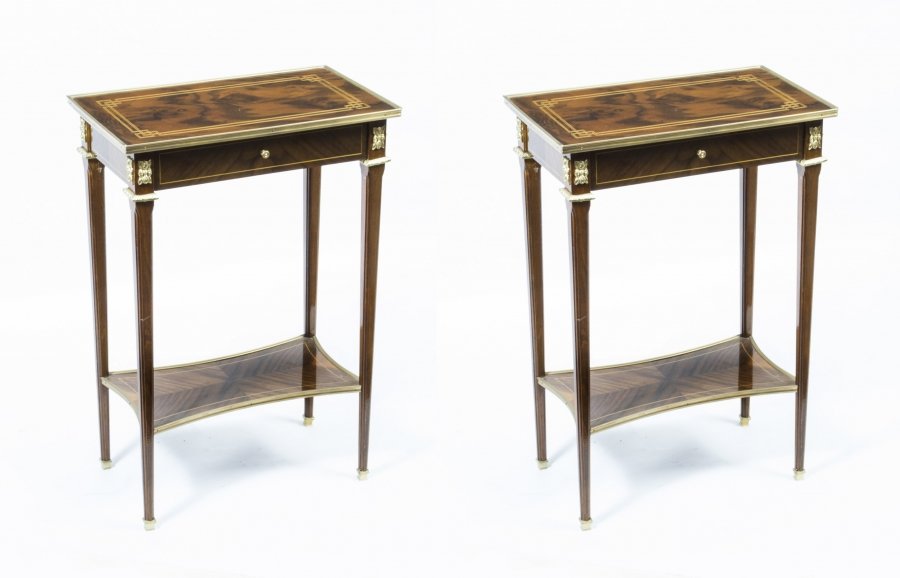 This is an elegant pair of Louis XVI style burr walnut occasional tables from the last quarter of the 20th century.
Both tables have a shelf just above the feet. The tables are finished with decorative ormolu mounts. The front of these tables feature an ormolu bow and swag motif. The tables are beautifully inlaid on the tops and the bases.
They are sure to become the centrepiece of your antique furniture collection and will get noticed wherever they are placed.