A Moment Frozen in Time

Whether you’re shopping for antiques on Internet sites like eBay, a local flea market or our very own online antiques shop, remember that you’re buying items that have a rich history.

Some of these antique pieces are actually highly unique and can be worth a small fortune. For instance, when Mileta Ritson was given two wine glasses previously owned by her late husband, she had no idea they were etched to commemorate one of Tyneside’s most tragic mining periods. These seemingly innocuous drinking vessels gave historians and antique dealers an insight into one of the uglier events in UK mining history.

Explosions, Unrest and a Hanging

From 1817 to 1845, there were at least four explosions at the Jarrow Colliery all of which killed a number of miners. The glasses were found to commemorate the 1930 explosion, which had a death toll of 40 according to The Times, and the subsequent period of unrest which occurred afterwards in 1932. High unemployment in this year was up to 80%, setting the stage for civil unrest and strikes. In these turbulent times, William Jobling murdered a local magistrate, Nicholas Fairles. He went before the judge and was sentenced to death by hanging after which he was put on display in a gibbet. He was the last man in the UK to be executed in this manner.

The glasses were discovered to have the words “Jarrow Colliery, “Explosion” and “William Jobling” etched onto the side with the accompanying dates. They represent a small window into what was a
truly troubled time for the small town of Jarrow.

Because of this, we should all take care to examine the antiques that we buy in the future. You never know if it contains some important fragment of the past, increasing its historical significance and boosting its value at the same time! Shopping for these vintage items is much more than just finding something elegant for the home – it is also about acquiring a small piece of history as well. 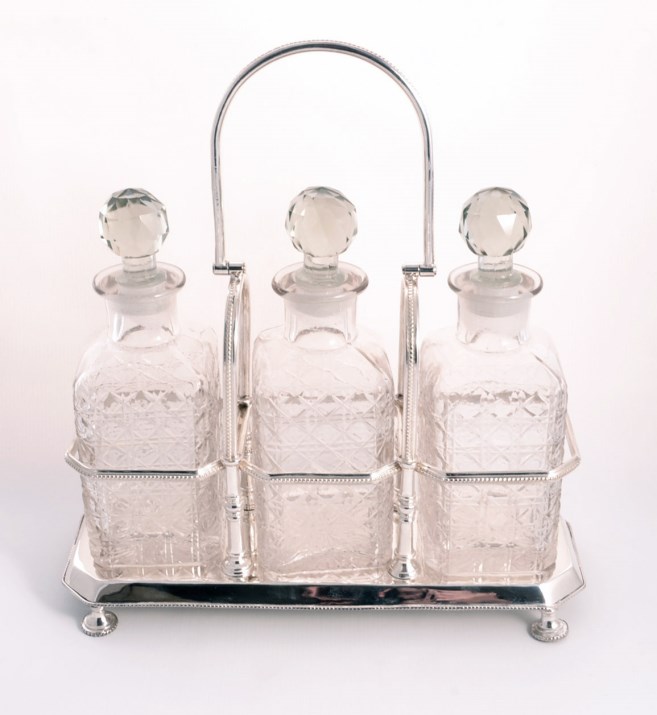