It isn’t very often that we dedicate a whole blog post to a single item, but on this occasion, we thought we’d make an exception.

Today, we are very pleased to be able to show you this absolutely stunning collection of twenty-four magnificent framed plaster Grand Tour intaglios, wonderfully arranged in two panels of a scholar’s book, circa 1820 in date. 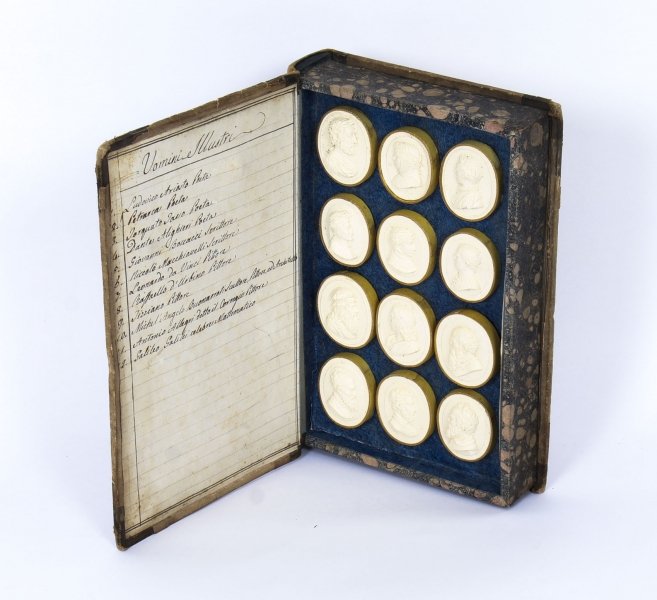 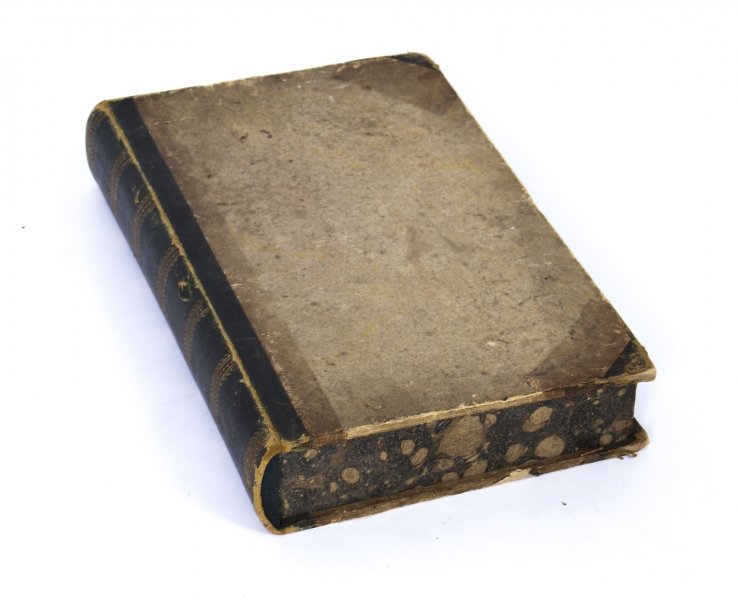 Intaglios were originally used as seals. These carvings or cuttings are moulded out of white plaster, marble dust or wax. The original 19th century intaglios were also made from wood or stone. The depressed designs depicting ancient scenes and figures from Greece and Italy. In particular, they were also used as markers for land. They were also collected as souvenirs from European Grand Tours in the first half of the 19th century.

The Grand Tour was the traditional trip of Europe undertaken by mainly upper-class European young men of means. The custom flourished from about 1660 until the advent of large-scale rail transit in the 1840s and was associated with a standard itinerary. It served as an educational rite of passage.

The primary value of the Grand Tour, it was believed, lay in the exposure to the cultural legacy of classical antiquity and the Renaissance as well as the aristocratic and fashionably polite society of the European continent.

This impressive set of intaglios was carefully made in Italy by Bartolomeo Paoletti and Pietro Figlio, in their workshop in Piazza di Spagna, Rome.

The twenty-four intaglios are oval-shaped. Each intaglio has an exquisite gilt gadrooned border and is numbered in black ink. All the impressions are mounted on an elegant blue background. 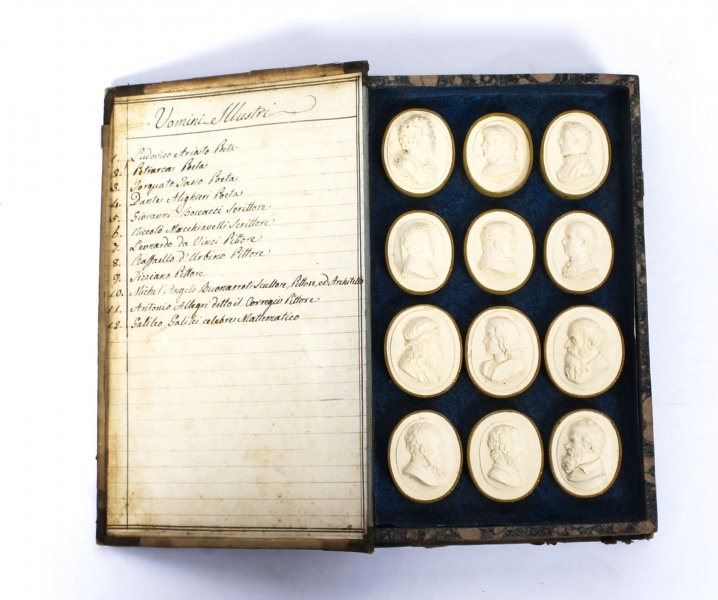 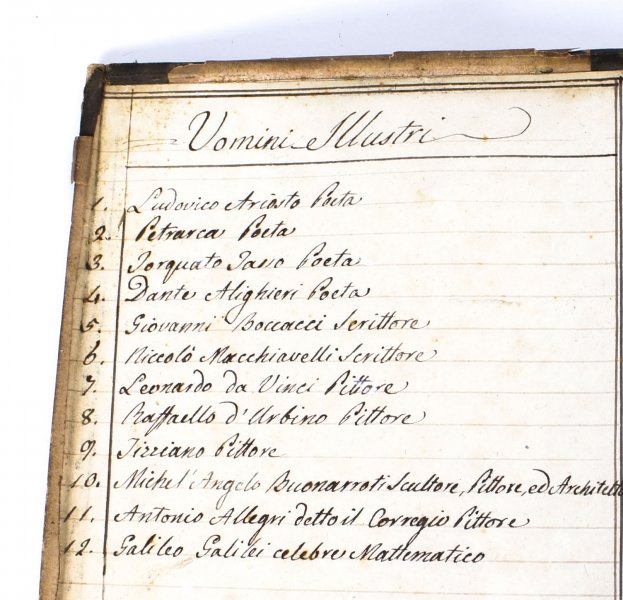 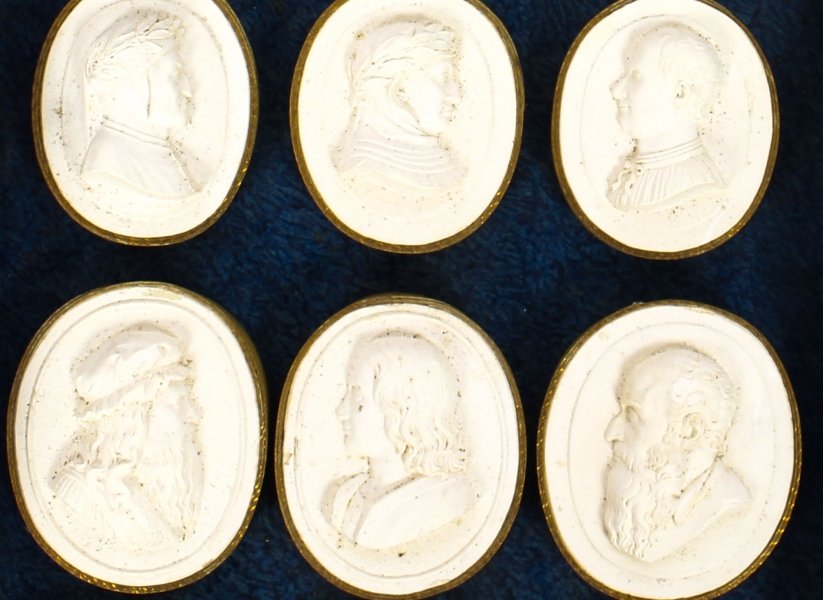 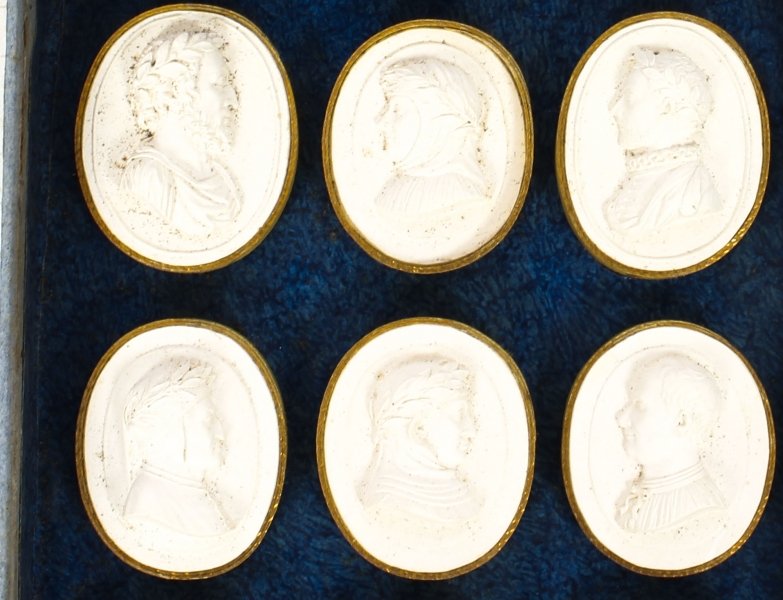 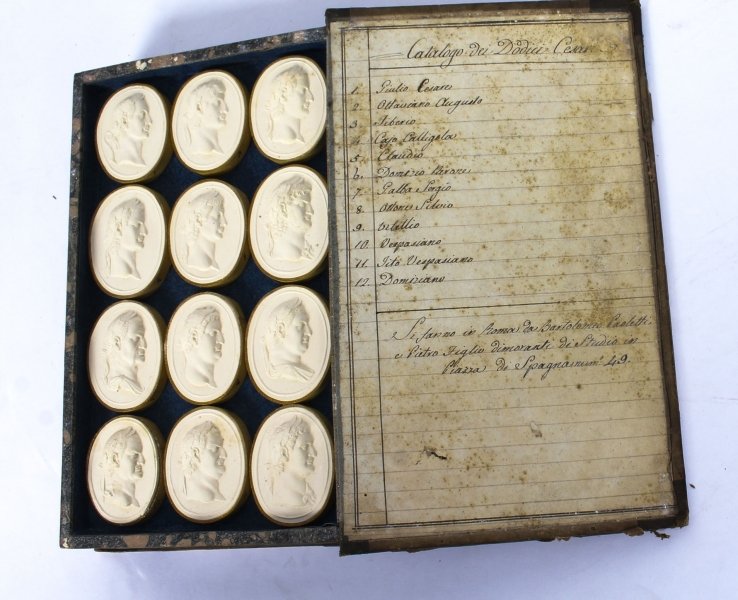 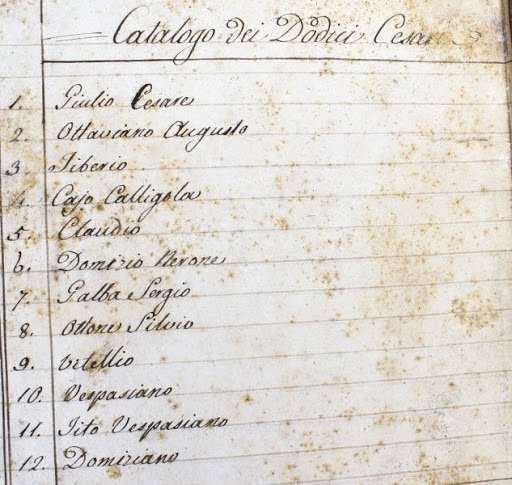 Add a classical and cultural dimension to your home with this captivating selection of historic intaglios.

We would really love to see you at our North London showrooms where you can see this and other fine examples of Grand Tour intaglios in all their splendour.

However, if you can’t make the trip to our London premises, then rest assured that we are more than willing to ship our lovely collections of historic impressions to almost any destination worldwide – please contact us for a shipping quotation.