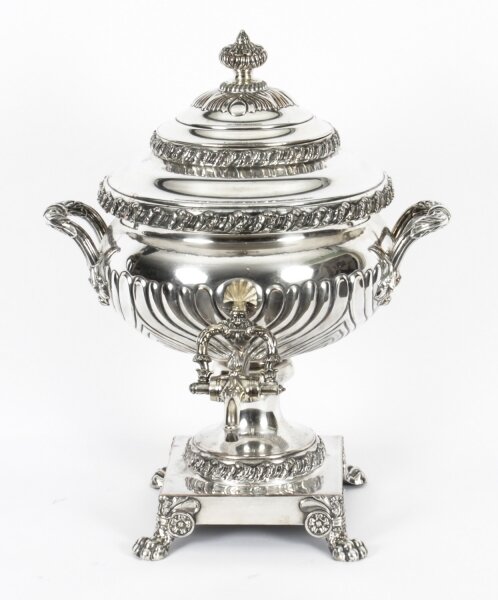 This is a wonderful antique Regency Old Sheffield silver plated tea urn, Circa 1820 in date.

This handsome antique Old Sheffield samovar has been silver plated on copper, with a reeded finial, foliate handles and a decorative  tap.  It has half fluted decoration to the body and lid with  gadroon borders, all  typical of the period. It is raised on stylish on lion's paw feet.

This tea urn is of unique quality and design and will add an Imperial look to your surroundings,  which is sure to make it a treasured piece for any discerning collector.

In excellent condition. As an antique item, the samovar show signs of use commensurate with age, these minor condition issues are mentioned for accuracy and, as seen in the accompanying photographs, the samovr displays beautifully.

The technique Boulsover developed was to sandwich an ingot of copper between two plates of silver, tightly bind it with wire, heat it in a furnace and then mill it out in to sheet, from which objects could be made. 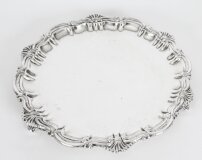