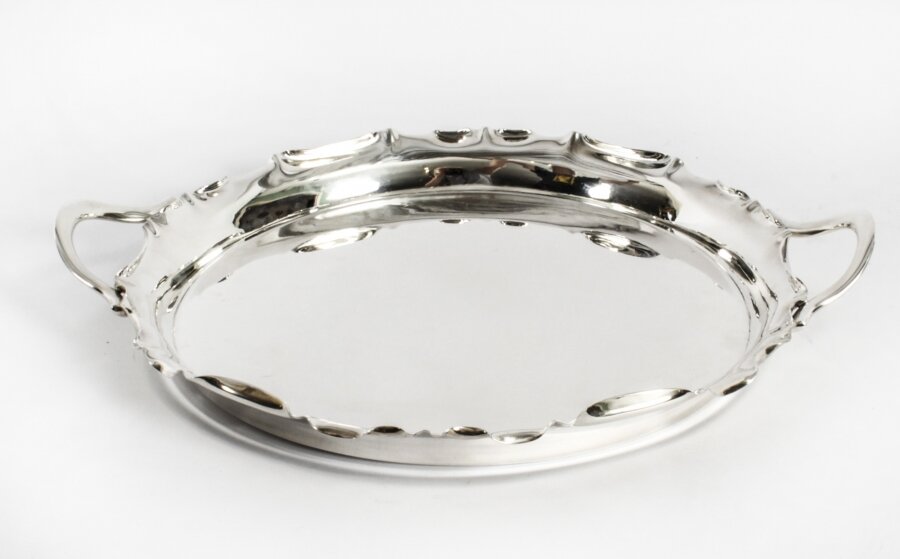 Ref: X0078
Price: £675.00
This is a large wonderful antique English Victorian silver-plated Tray by Walker & Hall, circa 1880 in date. This...
Question about item
Request a virtual viewing

This is a large wonderful antique English Victorian silver-plated Tray by Walker & Hall, circa 1880 in date.

This splendid large tray features beautifully plain body. The raised border featues twin handles to each side and is decorated with scalloped edges and floral ornamentation, the center feaures a a foral engraved panel.


It is splendid and luxurious and will look fabulous on your sideboard with decanters and glasses.


The quality and craftsmanship throughout the piece are truly second to none.

In excellent condition with clear makers marks and no dings, dents or signs of repair. Please see photos for confirmation

Walker & Hall was converted into a limited liability company in 1920 under the style Walker & Hall Ltd and combined in 1963 under the British Silverware Ltd with Mappin & Webb and Elkington & Co. Walker and Hall Sheffield were primarily Sheffield Makers, but items with Birmingham, London and Chester Assay Marks can also be found. 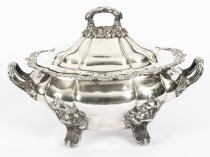