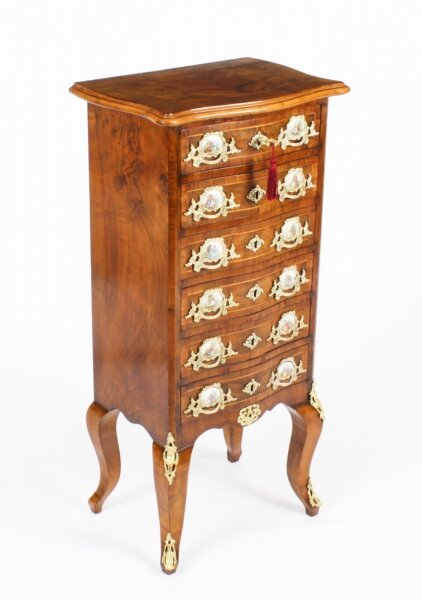 Ref: A2703
Price: £2,400.00
A stunning antique French  serpentine fronted burr walnut chest of six drawers  Circa 1870 in date. Crafted from the most...
Question about item
Request a virtual viewing

Crafted from the most beautiful burr walnut with inlaid decoration and ormolu mounts. It has stunning ornate foliate ormolu handles with inset oval porcelain plaques decorated with courting scenes.


A truly gorgeous piece, this deserves pride of place in any furniture collection 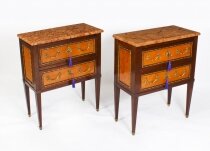