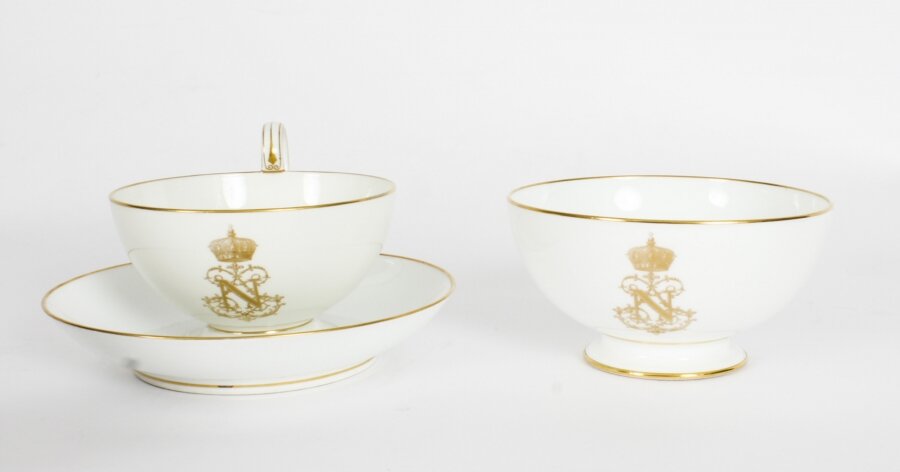 Ref: A2686b
Price: £775.00
This is an important fine Sèvres porcelain breafast cup and saucer with a footed sugar bowl dating from the mid 19th Century....
Question about item
Request a virtual viewing

This is an important fine Sèvres porcelain breafast cup and saucer with a footed sugar bowl dating from the mid 19th Century.

The cup saucer & bowl all feature the gilt crowned N cipher with gilt line borders on a white ground and the undersides bearing the red Imperial crowned N Sèvres mark with date letters for 1855 and 1860.

This is sure to be a treasured addition to your home.

Both cup saucer and bowl are in very good condition with no signs of damage or restoration and the gilding is crisp.

Louis was king of France when the monarchy was overthrown during the French Revolution. He was guillotined in 1793. 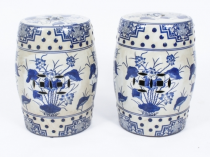