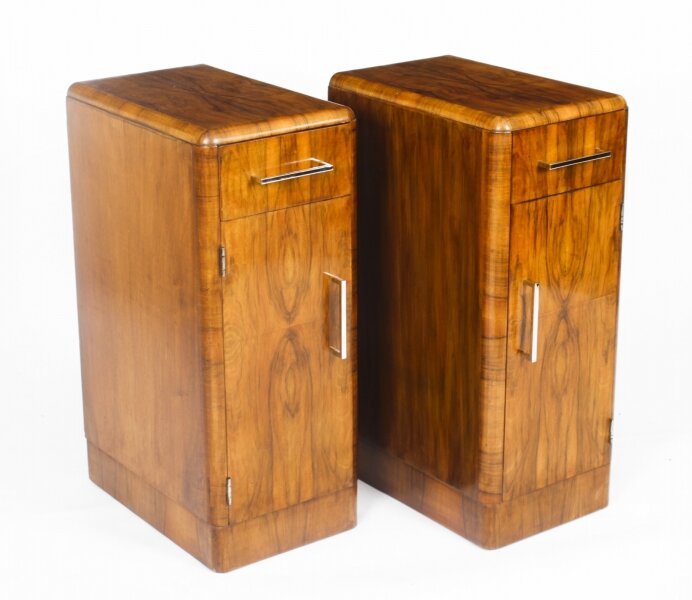 The grain of the burr walnut is truly attractive and the design is chic, elegant, and minimalist , all in one.
They each have a drawer above a door and are fitted with the original elegant  chrome handles.

This pair will enhance any bedroom!! 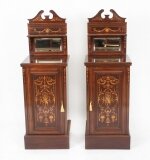 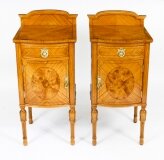