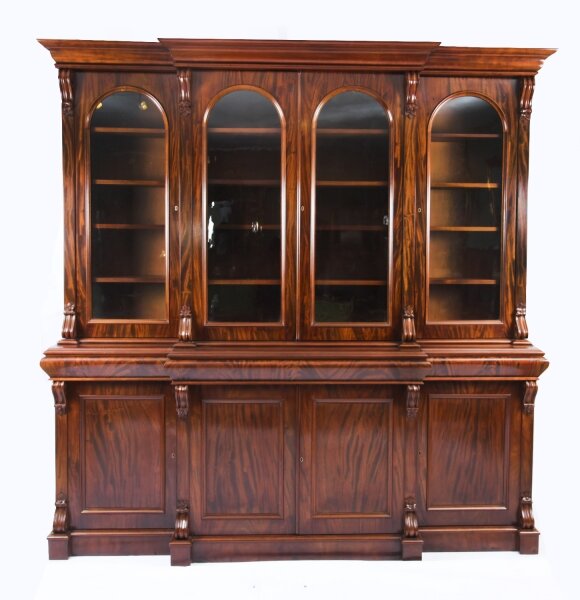 This magnificent bookcase features four arched top glazed doors in the upper section revealing the  twelve original solid mahogany shelves that can all  be adjusted according to the height of your books. The lower section has three frieze drawers above four panelled doors, opening to reveal spacious cupboards with central shelves. The shelves and the bookcase back  are all made from solid mahogany.

There is no mistaking its superb quality and very grand design, which is certain to make it a talking point in your home and stand proud in whichever room you choose to display it.

In excellent condition having been beautifully cleaned polished and waxed  in our workshops, please see photos for confirmation. 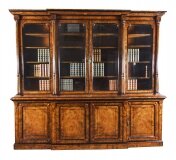