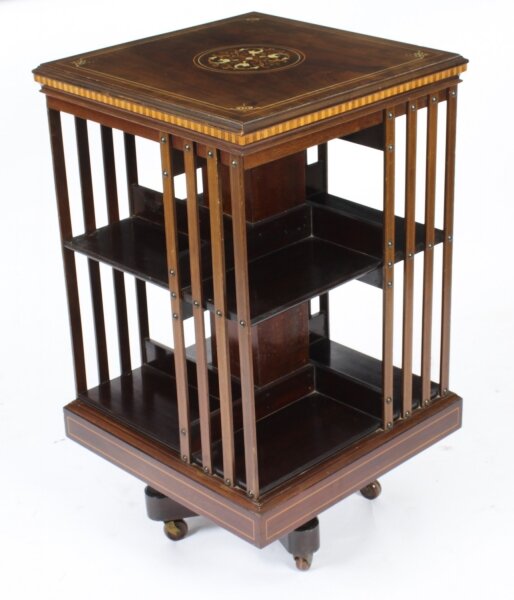 Ref: A2125
Price: £1,950.00
This an exquisite antique Victorian revolving bookcase, circa 1880 in date. It is made of mahogany , revolves on a solid...
Question about item
Request a virtual viewing

This an exquisite antique Victorian revolving bookcase, circa 1880 in date.

It is made of mahogany , revolves on a solid cast iron base, has inlaid boxwood lines to the top and bottom,  the top with elaborate Renaissance Revival dolphin inlay to the centre as well as crossbanding and inlaid hatching around it.


The best quality  revolving bookcases had cast iron bases, as this meant that they would be sturdy and not tip when full of books, whereas the lesser versions had simple wooden bases. 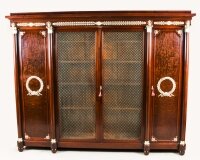