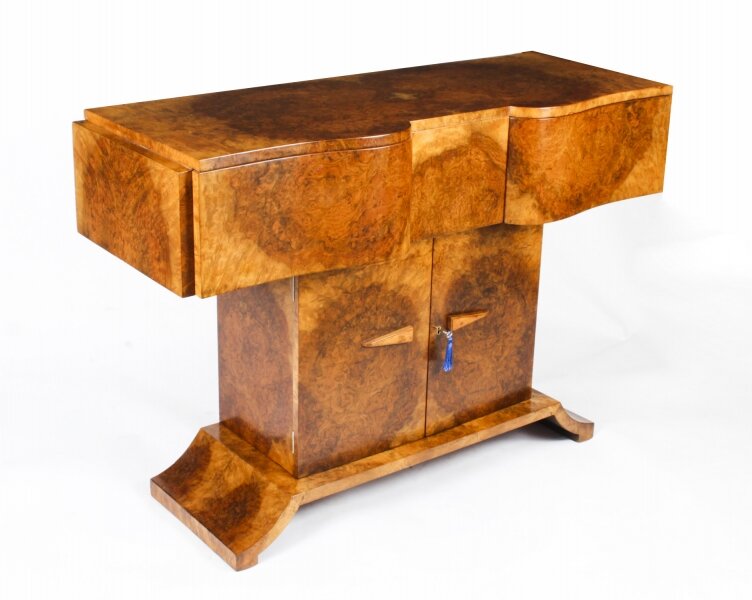 Ref: A1923
Price: £7,500.00
This is a truly stunning Art Deco burr walnut console table of the very highest quality, designed by Salaman Hille for S...
Question about item
Request a virtual viewing

In fabulous serpentine form with two drawers over a cupboard, on a shaped plinth, with label to reverse "Maples Birmingham from S Hille" and signed to one drawer side S Hille & Co. Ltd. London.

The grain of the burr walnut is truly breathtaking and the finish is of the
highest quality, this is an elegant piece which will blend well with contemporary interiors.

In excellent condition having been beautifully cleaned, polished and waxed  in our workshops, please see photos for confirmation. 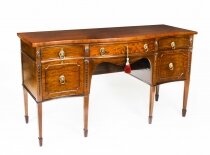 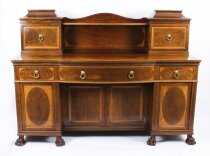 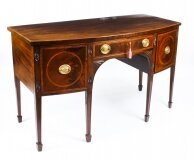