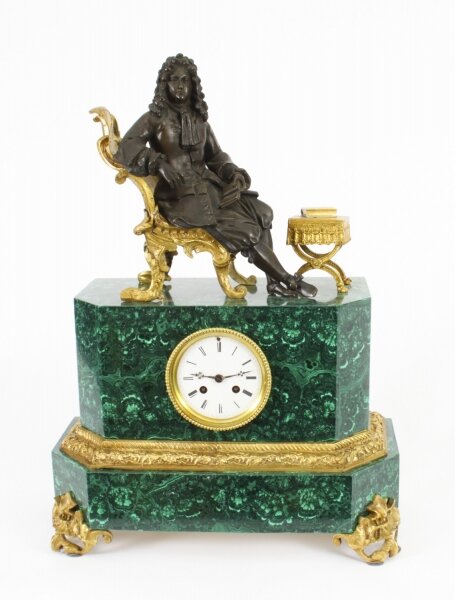 Ref: A1912
Price: £5,850.00
This is a superb quality antique French malachite, bronze and ormolu mantel clock  dating from Circa 1850 in date. It features...
Question about item
Request a virtual viewing

This is a superb quality antique French malachite, bronze and ormolu mantel clock  dating from Circa 1850 in date.

It features Louis XVI seated on an ormolu throne chair whilst reading a book.

The clockmakers name is inscribed on the backplate. It is of high quality and is in excellent clean and running condition having been fully overhauled by our clockmaker. Pendulum is original. The movement bearing the serial number 29, made and signed by Japy Fils 1849. It has an early Frnch silk suspension movement.

This stunning clock will make a statement wherever placed.

This clock is in excellent working condition, the movement having been cleaned and serviced, the ormolu and malachite case having been polished,  in our workshops, please see photos for confirmation. 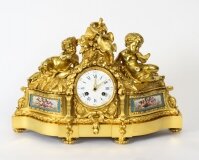