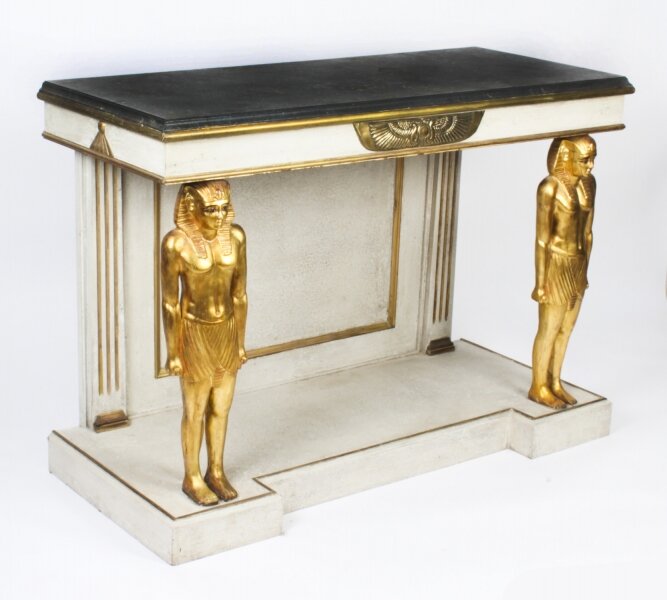 The rectangular faux marble top with an ormolu plaque to the frieze above a pair of classical carved gilt Egyptian pharaoh figure supports and a panelled back plate on a shaped plinth base.


This gorgeous console table will instantly enhance the style of one special room in your home and is sure to receive the maximum amount of attention wherever it is placed. 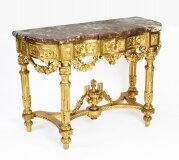