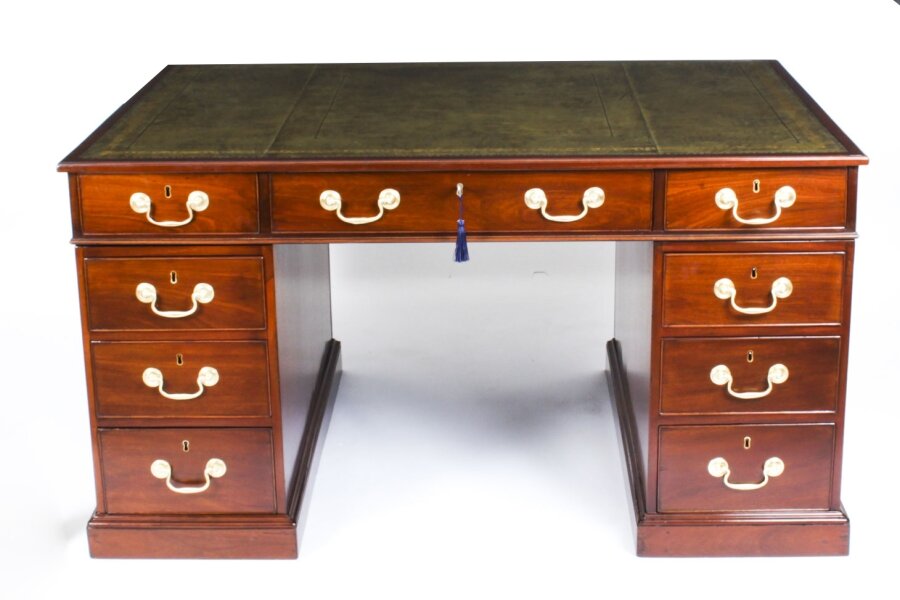 Ref: A1614
Price: £7,250.00
This is a large beautiful antique George III mahogany partners pedestal desk, dating from Circa 1790. The rectangular top...
Question about item
Request a virtual viewing

This is a large beautiful antique George III mahogany partners pedestal desk, dating from Circa 1790.

The rectangular top features an inset green and gilt tooled  leather writing surface above three frieze drawers on each side.  There are a further three drawers in each pedestal to one side, the opposing side having a cupboard in each pedestal. The drawers are oak lined and are all fitted with their original brass handles.

The sides feature moulded panels and the desk is raised on plinth bases with concealed castors.

In excellent condition having been beautifully cleaned polished, waxed and releathered in our workshops, please see photos for confirmation. 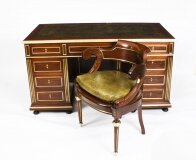