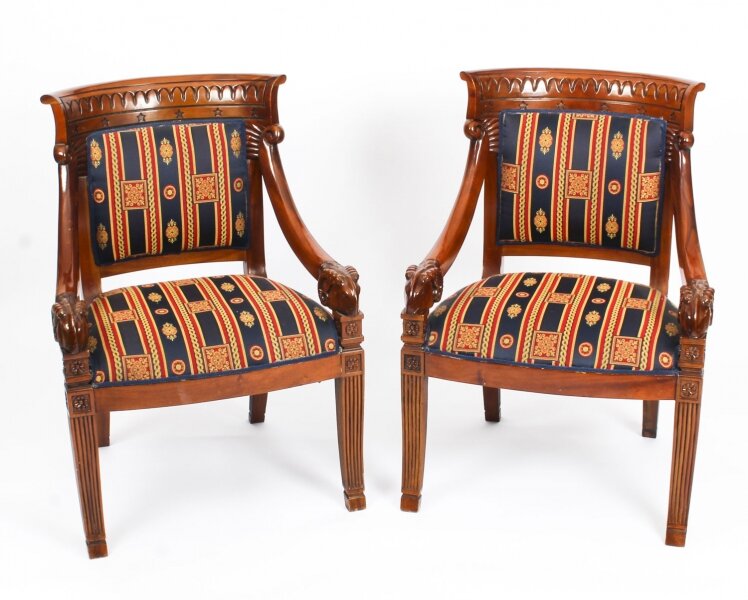 Ref: A1574
Price: £2,250.00
This is a beautiful pair of Empire Revival mahogany armchairs dating from the mid 20th century.   The mahogany is a...
Question about item
Request a virtual viewing

This is a beautiful pair of Empire Revival mahogany armchairs dating from the mid 20th century.

The mahogany is a beautiful rich colour, the armchairs with upholstered back and seats with scrolling downward swept arms that terminate in carved ram's heads.  They are raised on reeded and fluted sabre front legs and have been reupholstered in a sumptuous navy blue, red and gold fabric. 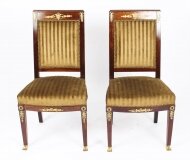 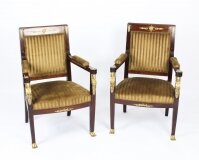