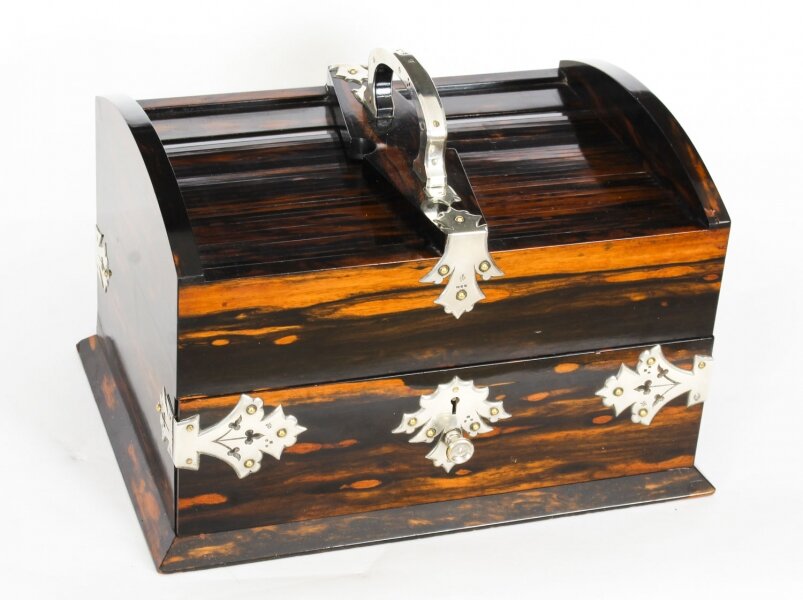 Retailed by the renowned retailer Mappin & Webb and made by George Betjemann & Sons, the most famous of all box makers in England.

This humidor has a very stylish and timeless design which will make any cigar connoisseur happy.

In reall excellent original condition with clear hallmarks, having been cleaned and waxed in our workshops, please see photos for confirmation of condition.

In 1812 George Betjemann started apprenticing as a cabinet maker with his uncle, Gilbert Slater at his premises on Carthusian Street, London. In 1834, George then joined his father-in-law, William Merrick’s cabinet making business on Red Lion Street, Clerkenwell, London. George brought his sons, George William Betjemann and John Betjemann to apprentice with him from 1848. He began his own business at 6 Upper Ashby Street, Clerkenwell, London, and with his two sons having completed their apprenticeships in 1855, expanded to 7 Upper Ashby Street shortly after.

In 1859, George moved into 36 Pentonville Road, London where he continued his business, now called George Betjemann & Sons, alongside his two sons. George William never married but instead was ‘married’ to his work, being a true artist and perfectionist. Their work was on display at the International Exhibition of 1862, and the International Exposition of 1867 in Paris. They took the art of cabinet, box and book slide making to new heights. They specialised in designs for operating the way that different compartments in vanity boxes opened and also the sprung system for book slides.

With Ernest’s son John (the future poet Sir John Betjeman) having no interest in carrying on the family business, George Betjemann & Sons Ltd finally wound up in 1939.

Mappin & Webb
founded in 1774 by Jonathan Mappin, Mappin & Webb is one of the UK's leading retailers of fine jewellery and silverware. Today, it is renowned for combining timeless craftsmanship with superior quality and contemporary design to produce exquisite jewellery, elegant silverware, watches and glassware.

Jonathan Mappin opened his first small silversmith workshop in Sheffield in 1774 and the following year the Mappin mark was entered at the assay office. Over the next fifteen years Jonathan Mappin's reputation for producing high quality silver spread throughout Sheffield. From these humble beginnings the business grew steadily and soon the next generation were expanding the business further

The first store was opened in London in 1849 at 17 Fore Street and was soon followed by stores in Moorgate and King William Street. In 1858, following rapid expansion of the Sheffield factory, John Newton Mappin invited his brother-in-law, George Webb to join him in the business. The first association of Mappin & Webb was forged.

Mappin & Webb is one of the UK's leading retailers of fine jewellery and silverware. Today, it is renowned for combining timeless craftsmanship with superior quality and contemporary design to produce exquisite jewellery, elegant silverware, watches and glassware.
Today Mappin & Webb is silversmith to Her Majesty the Queen and to His Royal Highness Prince of Wales.
More 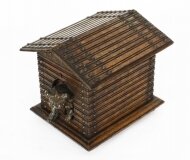 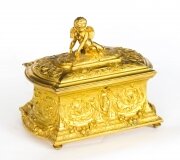