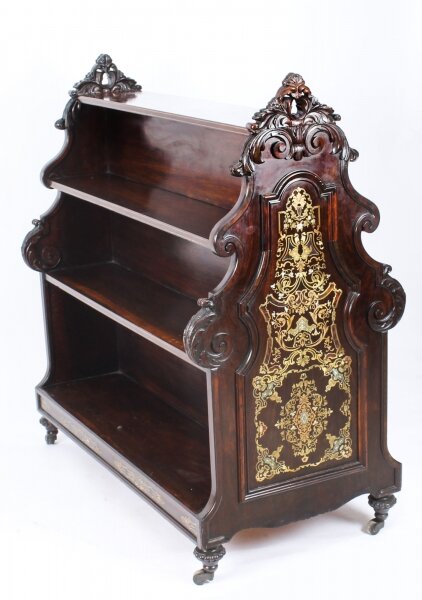 Ref: A1295
Price: £4,250.00
This is a beautiful antique William IV Gonçalo Alves double sided waterfall bookcase, circa 1835 in date. This magnificent...
Question about item

This is a beautiful antique William IV Gonçalo Alves double sided waterfall bookcase, circa 1835 in date.

This magnificent double sided bookcase has decorative arched ends that have been intricately carved with scrolling leaves and pendant flowers. The sides and frieze are superbly inlaid with brass arabesque medallions and enameeled with various colours.

It is raised on turned studded feet with inset brass castors.

A delightful item which will look amazing wherever placed.

In excellent original condition having been beautifully cleaned and waxed in our workshops, please see photos for confirmation. 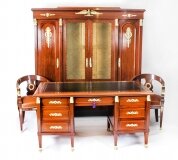 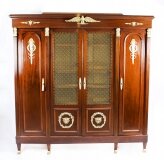