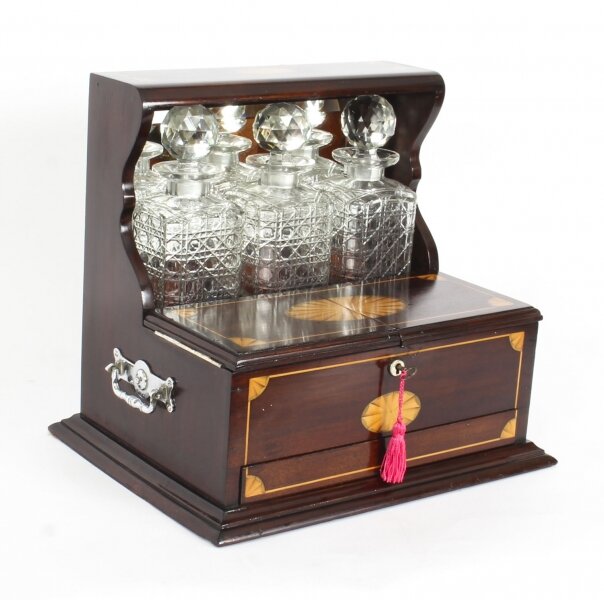 It was skillfully crafted in mahogany with beautiful shell and line inlaid decoration, stylish silver plated  handles and a Bramah locking system. There are three cut crystal glass decanters with stoppers, a mirrored back and a twin lidded compartment for two glasses.

There is a secret base drawer with a set of playing cards that can be opened by pressing a section of the wooden frame which is just in front of the central decanter.

It is a decorative piece which is also very practical, and would  make a lovely gift.


It is complete with the original working Bramah lock and key, which locks everything.

In excellent condition having been beautifully cleaned and waxed in our workshops, with only minor signs of use commensurate with age,please see photos for confirmation.

Tantalus
is a type of liquor decanter in which the bottle stoppers are locked down tightly by a metal bar. This was to prevent the theft of the contents by servants. Like the name suggests, the decanters themselves are visible, drawing temptation while unattainable. A key is required for entry.