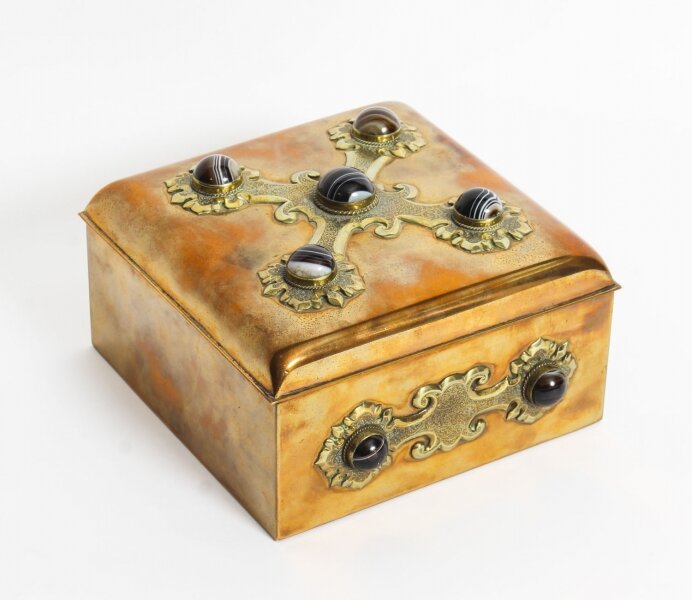 Ref: A1189b
Price: £850.00
This is a superb quality brass gaming box applied with banded agate cabochons and strapwork, retailed by Carlilse and Watts,...
Question about item
Request a virtual viewing

This is a superb quality brass gaming box applied with banded agate cabochons and strapwork, retailed by Carlilse and Watts, Edinburgh, Circa 1850 in date.

Add a gaming touch to your home with this fantastic casket.

Agate is the name given to numerous varieties of banded Chalcedony, a mineral of the Quartz family. Its name comes from the Achetes River in Sicily, where Agates were first found. Usually banded in layers, or stripes, some varieties have "eye" markings, or specks of colour, some have fossilized inclusions, and others are solid. Called the earth rainbow, the concentric bands of Agate form in nearly every colour the earth can produce, including a colourless form. There are various types of agate like: Blue Lace, Crazy Lace, Dendritic, Fire, Laguna & Moss.

Historically, Agate has been discovered with the artifacts of Neolithic people, and was used as healing amulets and ornamentation dating back to Babylon. Its medicinal uses continued through the ancient Greek and Egyptian civilizations, and spread throughout Africa and the Middle East into Russia. Agate sparked a world renowned stonecutting and polishing industry in Germany that flourished from the 15th to the 19th century, and exists today.

Meaning: Agate promotes inner stability, composure, and maturity. Its warm, protective properties encourage security and self-confidence. Agate stops the burning desires for things we do not need, and assists those juggling commitments or multiple jobs. Agate is useful as a protection amulet when traveling, and is especially effective against traffic accidents. 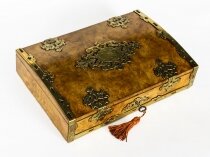