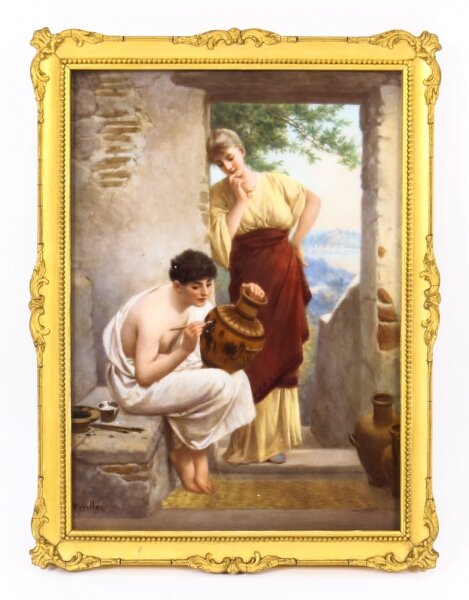 This magnificent plaque is portrait in shape and depicts a candid young girl watching a graceful Greek artist while he is decorating a pottery vase. The young artisan is painting a black figure on the surface of the amphora while she is standing tall at the doorway and watching him.

Both figures dress in classical clothes and are set within a nostalgic environment reminiscent of antique ruins and of a paradisiac landscape. Indeed, a sweet and almost melancholy calm prevails. The original painting by the German artist, Thumann, just like many other of his romantic paintings, became very popular and was widely reproduced on porcelain plaques, plates and vases.

This truly splendid plaque is signed to the left bottom corner 'Knouller' and bears the impressed sceptre mark for KPM.

It is set in its original splendid gilt frame displaying foliate decorations to the border.

Add this splendid antique plaque to a very special wall in your home. 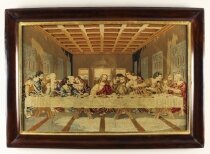 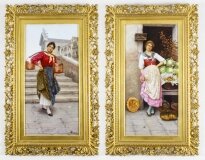