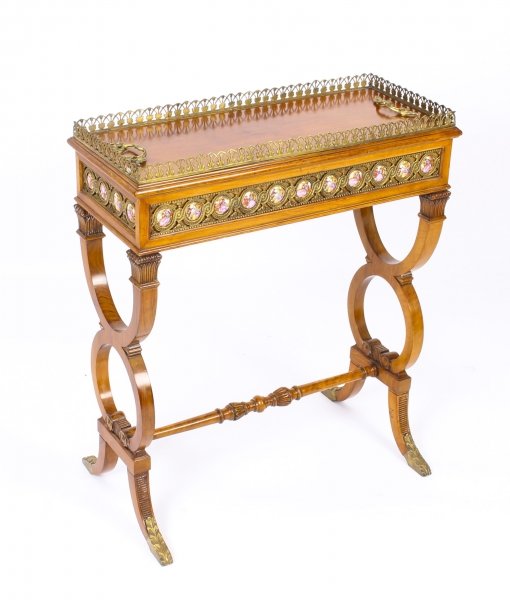 This is a truly splendid antique French ormolu and Sevres style porcelain mounted, walnut jardiniere, circa 1870in date.
This beautiful jardiniere is rectangular in shape and features a superb pierced brass galleried top with a removable lid which encloses a zinc lined interior for your plants and flowers.
It has a superb band of hand-painted Sevres style porcelain plaques, each one depicting romantic scenes among courting couples dressed in classical attire.
It stands on attractive and robust carved curved end supports united with a turned stretcher, above four outswept legs each with acanthus cast brass sabots.
The craftsmanship and finish are second to none, and this charming jardiniere is ready to grace your most special room.