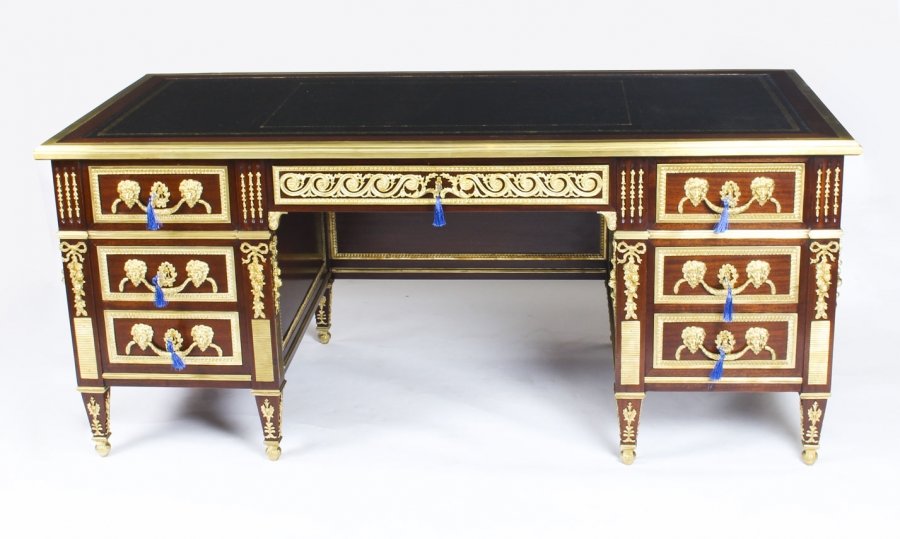 This is an exquisite French Empire Revival pedestal desk, Circa 1920 in date.

This desk has been beautifully crafted from flame  mahogany. The top is inset with a beautiful gold tooled black leather writing surface and has a decorative ormolu border.

It has been smothered in a plethora of gilded ormolu mounts making it an incredibly imposing and impressive item of furniture.

The desk features seven drawers for maximum storage,  it is freestanding and the back is beautifully finished with three dummy drawers along the frieze and a central modesty panel.

Tt is raised on elegant square tapering legs that terminate in ormolu sabots and is  complete with working locks, keys and tassels.

This desk will soon become the centrepiece of your furniture collection, there is no mistaking the sophisticated quality and design and it is certain to enhance the style and elegance of any living area, bedroom, or reception.

In excellent condition having been beautifully cleaned, polished, waxed and releathered in our workshops, please see photos for confirmation. 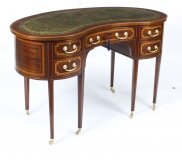