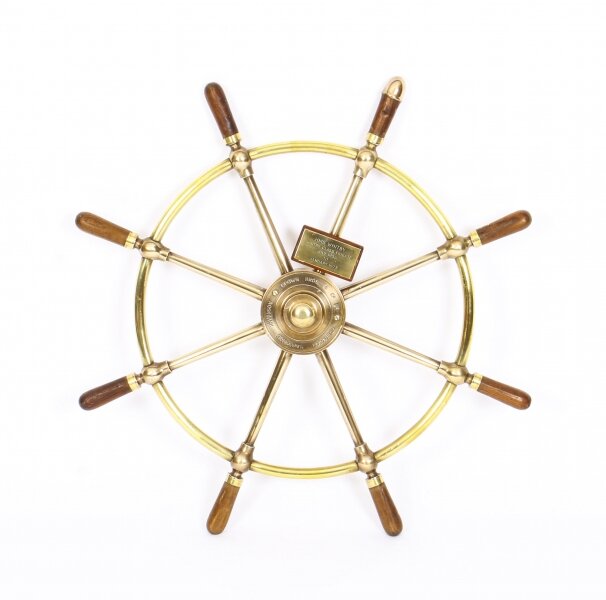 Ref: 09938
Price: £ 0.00
This is a superb Mid Century brass and walnut ships wheel by the renowned Scottish manufacturer, Brown Brothers and Co,...

This is a superb Mid Century brass and walnut ships wheel by the renowned Scottish manufacturer, Brown Brothers and Co, Edinburgh, circa 1950 in date.

HMS Whitby was a Whitby-class or Type 12 anti-submarine frigate of the Royal Navy of the United Kingdom built by Cammell Laird and Co Ltd, Birkenhead. She was launched on 2 July 1954 and commissioned on 10 July 1956.

The Whitby-class was designed as a class of specialist anti-submarine warships, intended to counter fast modern diesel-electric submarines. As such, the design was required to reach a speed of at least 27 knots (31 mph; 50 km/h), maintaining high speed in rough weather conditions and have a range of 4,500 nautical miles (5,200 mi; 8,300 km) at 12 knots (14 mph; 22 km/h). To meet these requirements, the Type 12s had a new hull form and, unlike the contemporary Type 41 anti-aircraft and Type 61 air direction frigates, were powered by steam turbines.

The ship was fitted with a Type 293Q surface/air search radar on the foremast, with a Type 277 height-finding radar on a short mast forward of the foremast. A Mark 6M fire control system (including a Type 275 radar) for the 4.5 inch guns was mounted above the ship's bridge, while a Type 974 navigation radar was also fitted. The ship's sonar fit consisted of Type 164 search, Type 170 fire control sonar for Limbo and a Type 162 sonar for classifying targets on the sea floor. 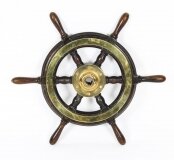 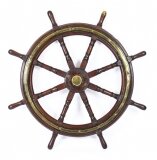