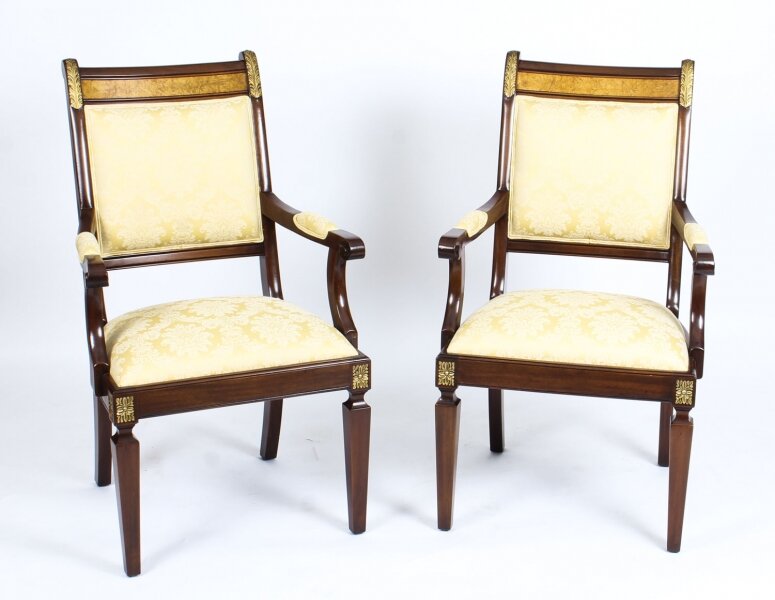 Ref: 09918
Price: £1,950.00
This is a beautiful pair of Empire Revival mahogany armchairs by the renowned cabinet maker, Charles Barr and dating from the...
Question about item

This is a beautiful pair of Empire Revival mahogany armchairs by the renowned cabinet maker, Charles Barr and dating from the late 20th century.

The mahogany is a beautiful rich colour and has been embellished with striking ormolu mounts and burr walnut decoration.

The chairs have been reupholstered in a sumptuous gold damask which gives the chairs their Regal look.

This  fabulous pair would also be ideal for use with a bureau plat. 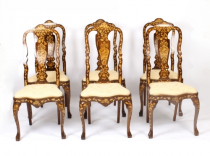