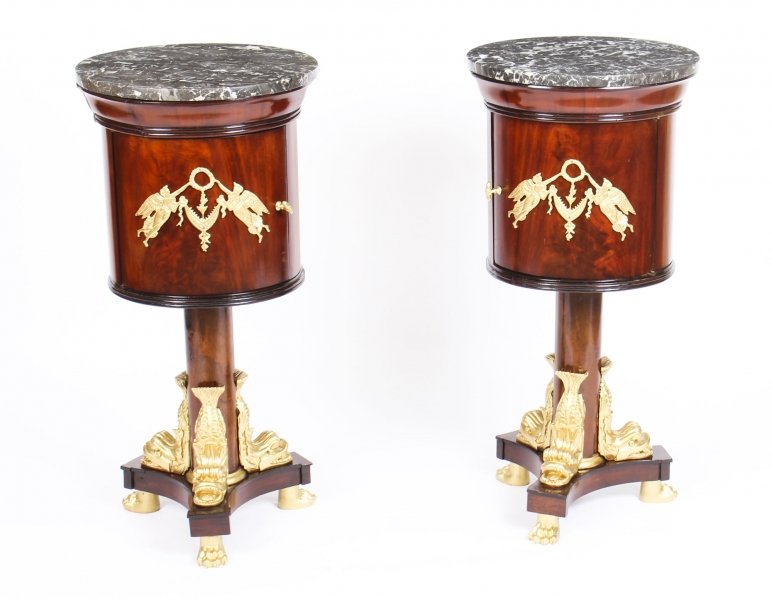 A fine pair of antique French Empire mahogany and gilded ormolu side cabinets with stunning mottled grey marble inset tops circa 1870 in date.

The beautiful cylindrical cupboards feature doors decoratively mounted with a pair of ormolu winged cherubs holding a laurel wreath which open to reveal a low shelf.

They are raised on a circular stem on a triform base fitted with three beautifully carved giltwood dolphins the base terminating in stunning ormolu lion's paw feet.

Add a decorative and opulent touch to your home with these beautiful cabinets.

Therefore, other techniques were used instead but nothing surpasses the original mercury-firing ormolu method for sheer beauty and richness of colour. Electroplating is the most common modern technique. Ormolu techniques are essentially the same as those used on silver, to produce silver-gilt (also known as vermeil).