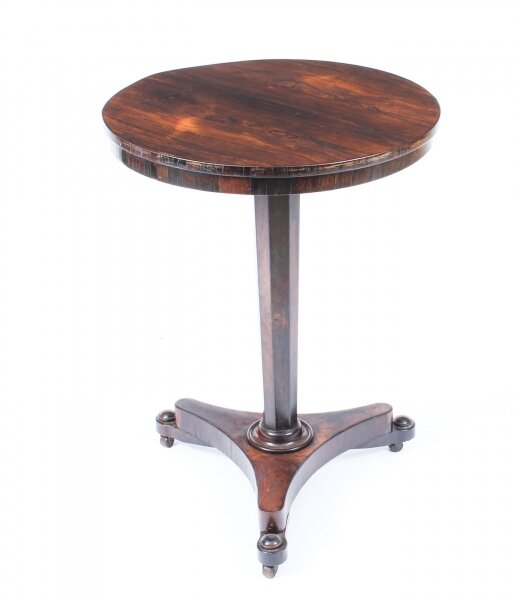 Ref: 09617a
Price: £1,050.00
This elegantly proportioned antique Regency Period occasional table is circa 1820 in date. This table has been...
Question about item
Request a virtual viewing

This elegantly proportioned antique Regency Period occasional table is circa 1820 in date.


This table has been masterfully crafted in  Gonçalo Alves with a circular top on an octagonal tapering column with a triform base.

There is no mistaking the unique quality and classical design, which is certain to make it a talking point in your home and a fine embellishment to your reception room.

Regency Furniture
During the Regency period it was fashionable to copy the classical furniture of the Roman and Greek times. Furniture had stopped evolving in design and had moved back to classical forms. The pioneer designers who represented this period were:

George IV had a major influence over the furniture makers of the time.

This period saw the introduction of brass to wood from the previous marquetry that had been originally used. The sofa table was also introduced.

The main features of the Regency period furniture were their simplicity, with straight, unbroken surfaces and lines. 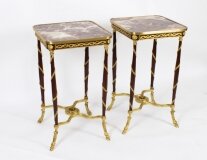