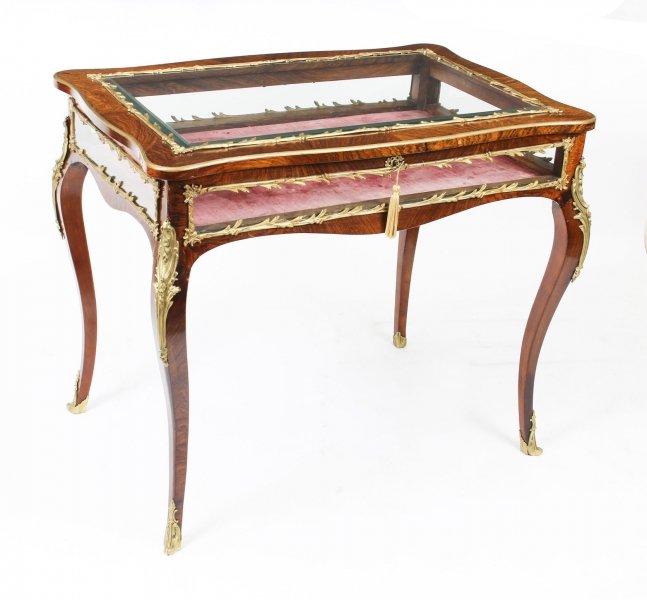 This is a beautiful antique French Gonçalo Alves and ormolu mounted  bijouterie display table in the Louis XV style,  circa 1860 in date.

The display table features a bevelled glass top and glass sides, it has it's original pink velvet lining.

The brass hinges, the working lock, complete with original key, are of the highest quality. The inset bevelled glass is framed with rocco style ormolu mounts in the form of acanthus leaves and it stands on elegant tapering cabriole legs with ormolu mounts and feet. 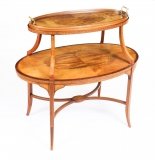 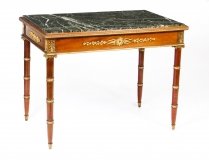