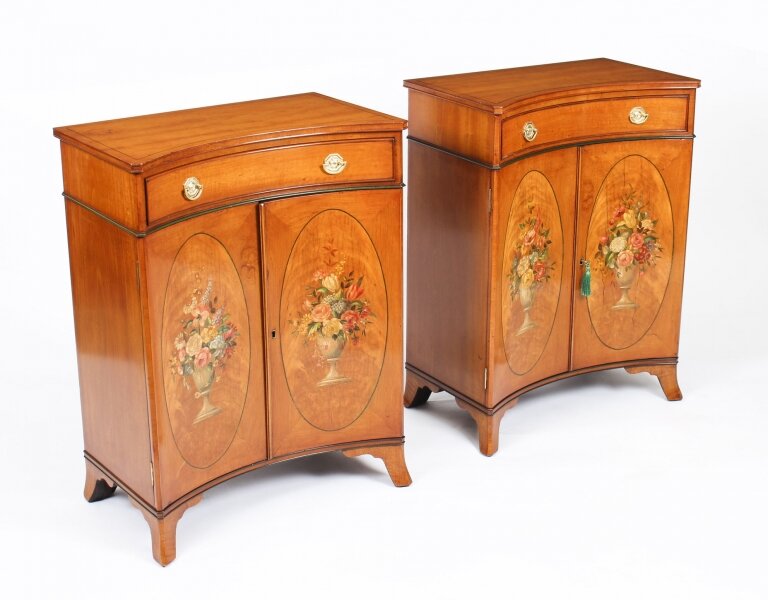 This is a gorgeous pair of antique Adam Revival satinwood concave side cabinets with beautiful hand painted floral decoration, dating from the late 19th century.

Each cabinet has a useful frieze drawer above a pair of cupboard doors, with oval panels that have striking  hand painted decoration of urns of flowers, in the manner of Angelica Kauffman.

The cabinets are each fitted with a central shelf and are raised on decorative swept bracket feet.

Add a touch of elegance to a special room in your home with this superb pair.

With working locks and keys.
Condition: