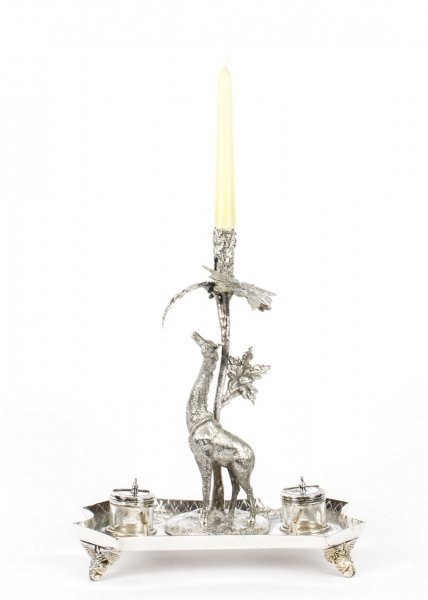 This is a magnificent novelty silver plated desk set, circa 1880 in date.

The desk tray has twin glass and silver plated ink pots, and a pen stand in the shape of crossed branches.

This is a highly decorative set which will make a statement once placed on any period desk.

In excellent condition, with no dents, demage or repair and only minor signs of wear commensurate with age and use. Please see photos for confirmation.

The first mark was entered by the firm in Sheffield Assay Office on 31 January 1878. It was a "JD" over "WD" and, possibly, represented the partnership of James Deakin and his son William Pitchford Deakin. The firm was active at Sidney Works, Matilda Street, Sheffield.

In 1886 two further sons entered in the partnership, John Deakin and Albert Deakin, and the firm was then known as James Deakin & Sons.
Further marks were entered in London Assay Office 1888 by William and John Deakin (subsidiary offices and showrooms at 48 Holborn Viaduct, London), Chester and Birmingham. Further offices and showrooms were opened at Gardiner House, 14 Charterhouse Street, London, 34 St. Enoch Square, Glasgow and 7 Queen Street, Belfast.
After the retirement of James Deakin (1893) the business was continued by his sons William, John and Albert.
In 1897 the firm was converted into a limited liability company under the style James Deakin & Sons Ltd. 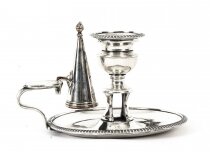 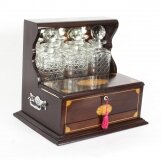