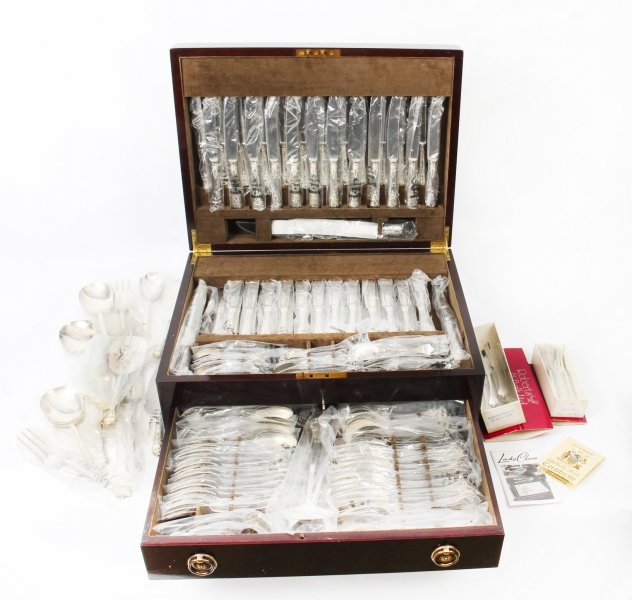 This set is complete and in excellent condition as it has never been used, please see photos for confirmation.

Roberts & Belk
The firm was established as Furniss, Poles & Turner. The first hallmark was entered in Sheffield Assay Office as "plate worker, Furnival Street, Sheffield" on December 20, 1810.
From c.1822 to 1945 the firm traded as William Briggs (hallmark entered as Plate Worker, Button Lane on August 14, 1822).
Later William Briggs entered in partnership with Samuel Roberts and Joseph Slater. In 1845 the firm, trading as Roberts & Slater, silver and electroplate manufacturers, entered its hallmark in Sheffield Assay Office (September 1, 1845. Address: Furnival Street).
After the retirement of Joseph Slater (1858) the activity was continued until 1863 under the style Roberts & Briggs (hallmark entered on September 1, 1859).
In 1863, after the retirement of William Briggs, the firm changed to Roberts & Belk (the new partner was Charles Belk). Its first hallmarks were entered in Sheffield Assay Office on February 1, 1864.
In 1879, after the retirement of Samuel Roberts, the activity was continued solely by Charles Belk maintaining the style Roberts & Belk.
Besides the Sheffield factory, the firms were active also in London, with showrooms at 28 Ely Place, Holborn (1858) and later at Gresham House, 24 Holborn Viaduct (1883).
In 1901 the firm became Roberts & Belk Ltd and in 1961 was bought by C.J. Vander Ltd. 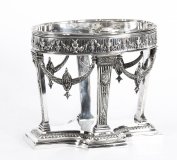 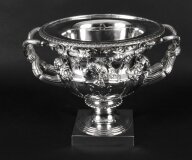