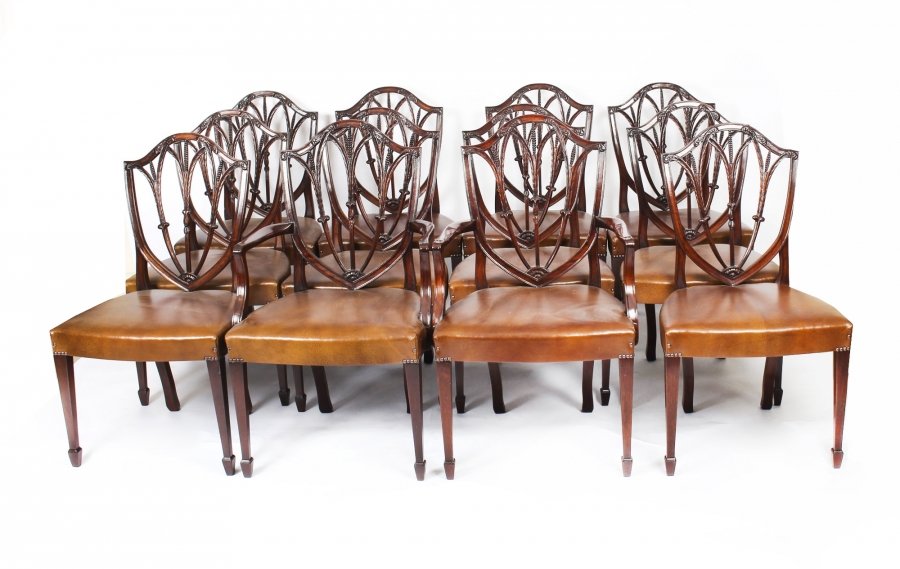 This is a fantastic antique English set of twelve mahogany shield back dining chairs of "Hepplewhite" design, circa 1880 in date.

Transform the fine dining experience in your home with this set of elegant antique dining chairs.

In excellent condition having been beautifully cleaned, polished and reupholstered in our workshops, please see photos for confirmation. 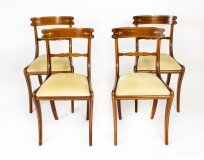 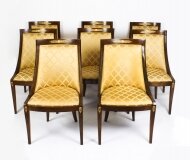