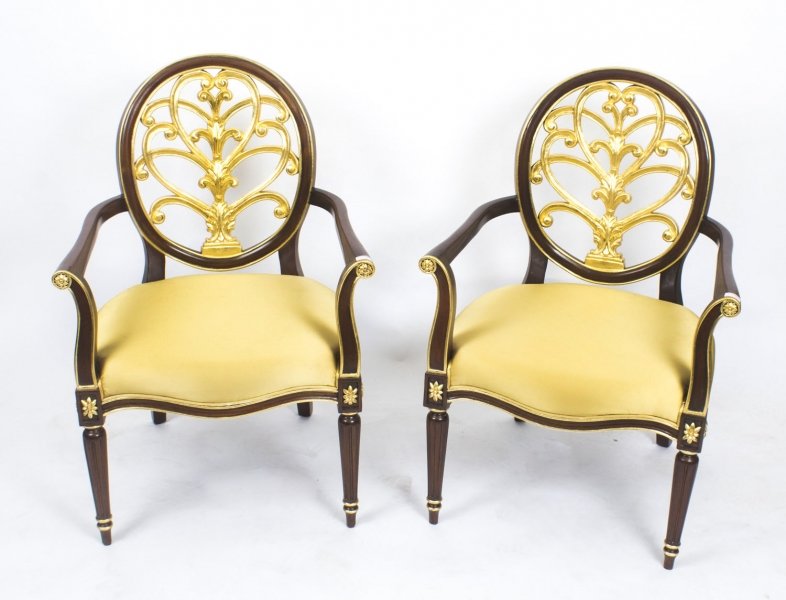 The mahogany is beautiful in colour and has been embellished with striking gilded high-lights, the seats have been beautifully upholstered in a striking golden silky fabric and the chairs are raised on turned, reeded and tapering front legs, with sabre legs to the rear.