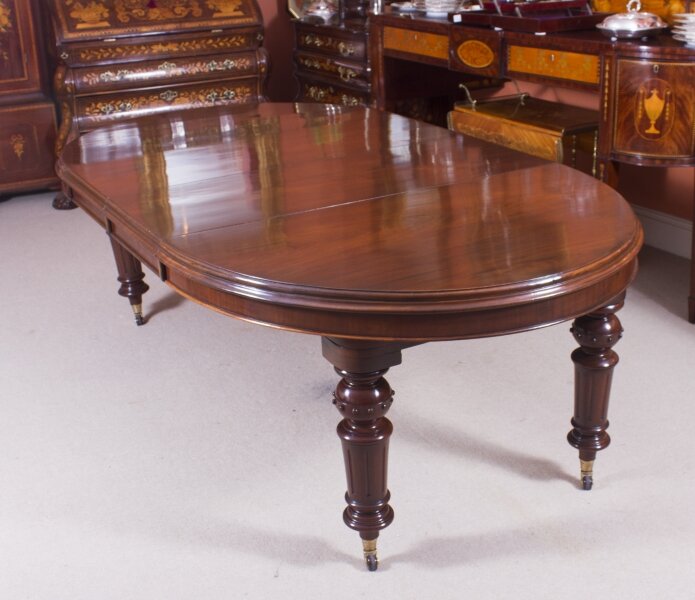 This is a fabulous antique Victorian oval solid mahogany extending dining table, circa 1860 in date.

The table has two original leaves, can comfortably seat eight and has been hand-crafted from solid mahogany which  has a beautiful grain and colour.

The two leaves can be added or removed as required to suit the occasion by a special winding mechanism and it stands on beautiful turned and fluted legs that terminate in brass and porcelain castors which makes it easy to move when required.
This stunning table will stand out in your living or conference room and will definitely become a key piece in your furnishing collection.


The chairs shown in the photographs are available if required. 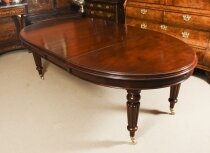 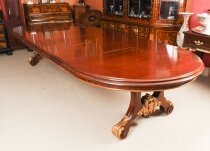 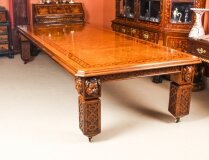