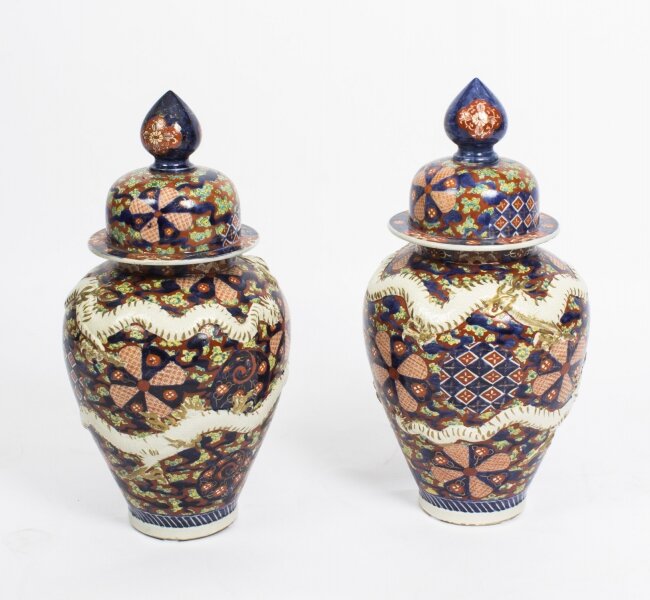 Ref: 08369
Price: £1,650.00
This is a lovely pair of  Japanese Imari temple jars with lids, circa 1870 in date. They feature a dense unusually...
Question about item
Request a virtual viewing

This is a lovely pair of  Japanese Imari temple jars with lids, circa 1870 in date.

They feature a dense unusually decorated fan pattern design with with two overlaid relief dragons to each and the traditional Imari colour scheme of red, green, blue yellow and white with hand finished gilding.

Each jar features a matching domed lid with a flame shaped finial.

Add a touch of elegance to a special place in your home with these fabulous vases.

In excellent condition with no chips cracks or signs of repair, please see photos for confirmation.