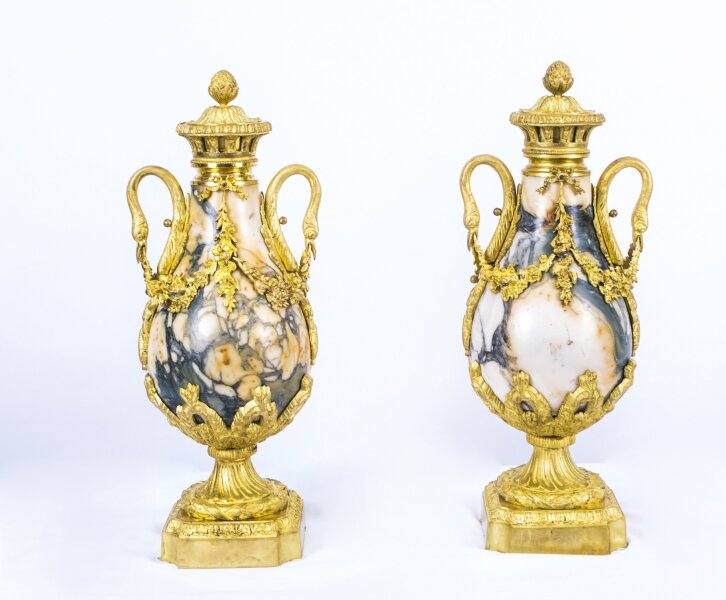 Ref: 07513
Price: £2,950.00
This is a beautiful antique pair of French figured Carrara marble and gilded bronze urns in the Louis XV manner, circa 1870....
Question about item
Request a virtual viewing

This is a beautiful antique pair of French figured Carrara marble and gilded bronze urns in the Louis XV manner, circa 1870.

The twisted scalloped ormolu stem terminates with a civic wreath and they are raised on square plinth base with acanthus clasps.

These lovely urns make a statement and will look fantastic  flanking a mantel or sideboard. A fabulous antique find of the highest quality and sure to be noticed wherever they are displayed.

Ormolu -Gilded Bronze (from French 'or moulu', signifying ground or pounded gold) is an 18th-century English term for applying finely ground, high-carat gold in a mercury amalgam to an object of bronze.The mercury is driven off in a kiln leaving behind a gold-coloured veneer known as 'gilt bronze'. 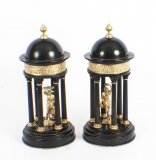